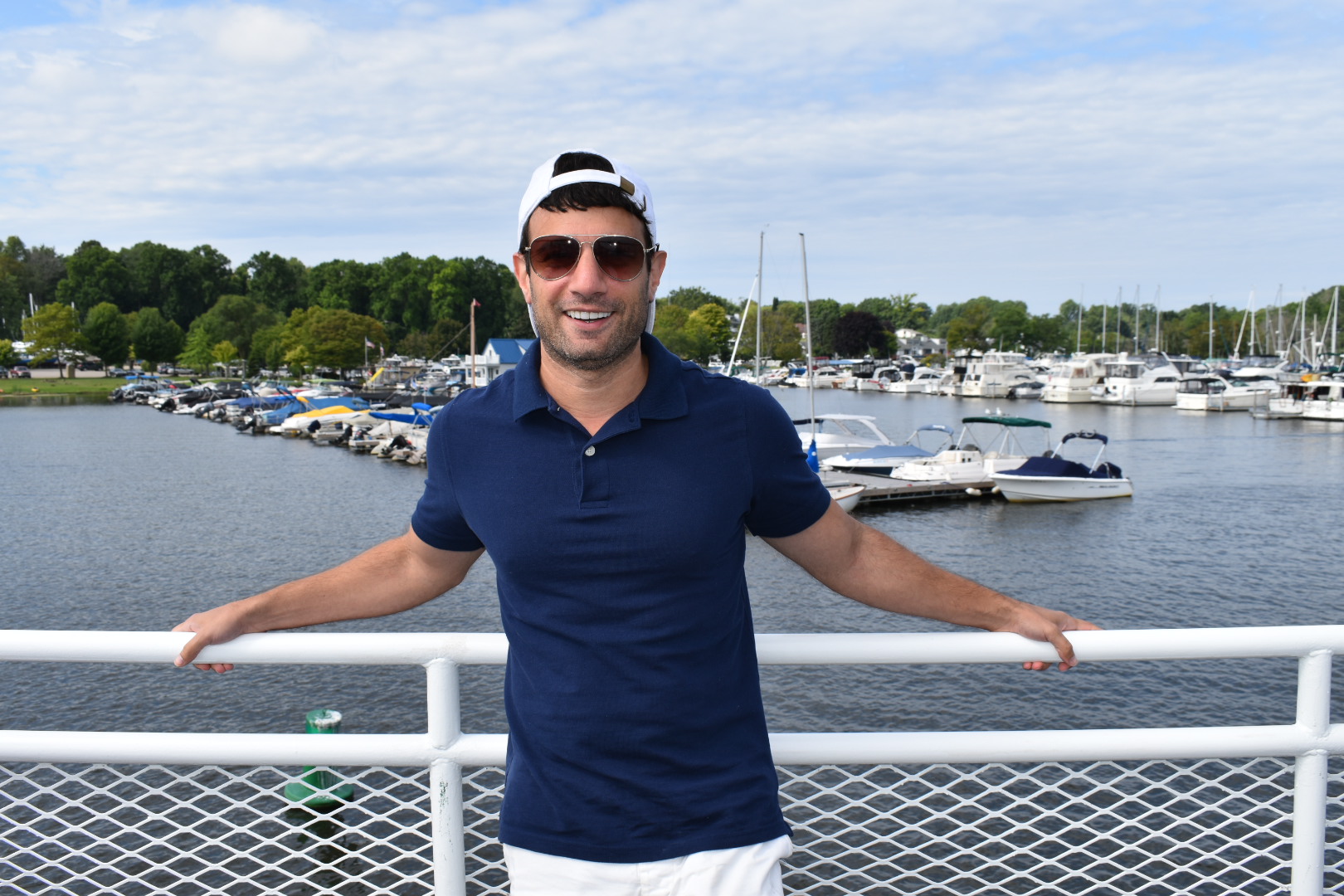 For the past few years, I’ve heard about a small town in Michigan known for its LGBTQ friendliness and charm, but it wasn’t until recently that I had the opportunity to visit Saugatuck and its neighboring town, Douglas. If you don’t live within driving distance, you’ll probably have to fly into Grand Rapids, another Midwestern city worth exploring. The journey will be well worth it.

By far the coolest hotel in Grand Rapids is the JW Marriott. I sometimes prefer staying at boutique hotels, but once you get a peek at this property, you’ll quickly discover why it has become a favorite among LGBTQ visitors. The curvature of the iconic glass structure not only reflects the blue sky above but also the river below, which makes for a stunning visual and Instagram-friendly photos. 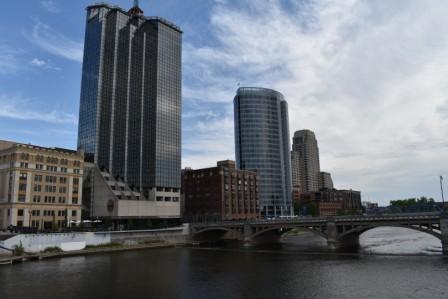 History lovers will enjoy the Gerald R. Ford Presidential Museum located within walking distance from the hotel. Although Ford’s time in office wasn’t as exciting as some other Presidents, the museum is beautifully designed and worth a quick visit.

If Presidential history doesn’t spark your interest, head over to Frederik Meijer Gardens & Sculpture Park, a 200-acre indoor/outdoor garden that incorporates dozens of unique sculptural masterpieces into its landscape. Some standout sculptures include “The American Horse” by Nina Akamu and “I, you, she or he” by Jaume Plensa, a composition of three figures whose shells are made of stainless-steel letters and left unfinished to encourage the universality of the forms. Another sculptural highlight is by gay artist Keith Haring titled “Julia” named after Julia Gruen, a friend of the artist.

After touring the gardens, grab dinner at Reserve Wine & Food, an elegant, yet modern two-story restaurant with an expansive wine menu and delicious cuisine. I opted for the Vietnamese Caramelized Red Drum, a melt-in-your-mouth fish prepared with radish, peas, spring onion and herbs over a bed of jasmine rice. Each entrée offers a suggested wine pairing, however since I don’t enjoy white wine, I chose a very nice red wine, as recommended by their in-house sommelier.

About a ten-minute walk from the restaurant is The Apartment Lounge, Grand Rapids’ oldest LGBTQ bar. The bar offers a wide variety of local beer on tap and wine by the glass, something not too common for LGBTQ spaces. On the evening I visited, the bar was hosting a movie night and although many patrons were watching the film, it was still possible to carry on a nice conservation. If you want to continue the party, head to Rumors, a popular spot with the city’s younger clientele. Try to befriend some of the locals, as I learned there are also some underground LGBTQ parties that take place throughout the year in different parts of the city, which tourists will have a hard time finding without insider info.

The next morning, I took the 40-minute journey to Saugatuck. People sometimes refer to the small Michigan town as the P-Town of the Midwest. At first, the town threw me off. I saw dozens of rainbow flags, but not many LGBTQ people. I saw mostly straight families strolling down the picturesque streets. For a town with such an abundance of rainbow flags, I was expecting to be overwhelmed with gay folks, but that wasn’t the case. It was both wonderful and depressing at the same time. On one hand, I was excited to see the amount of allied support for our community, but on the other hand, I was disappointed to not have seen as many LGBTQ people…yet.

That all changed when I visited Saugatuck’s neighbor, Douglas. Douglas is the lesser-known of the two towns, but in my opinion, exudes more of the LGBTQ flair and small-town charm that I was looking for.

They have rainbow flags everywhere too, but there was something different about the vibe in Douglas. Instead of a somewhat touristy coastal town, I saw a town full of artists, musicians, small business owners, and creatives.

The Dunes Resort is actually located in Douglas, not Saugatuck, contrary to popular belief. The lodging and entertainment complex is a sight to be seen with indoor and outdoor dance floors, a cabaret room and multiple bars throughout the space. Weekends are definitely a busier time for the property when people of all ages from surrounding towns and cities come to party. The Dunes hosts numerous events

during the week including drag performances and bingo. During peak months, the property sells out quickly so I’d recommend staying at Blue Star Motel, a 5-minute walk from the Dunes. Blue Star is also a great option if you are looking for a quieter lodging experience.

Exploring Douglas was one of the highlights of my trip. Dozens of art galleries, boutiques and cafes dotted the landscape. I stopped at a gay-friendly bar called Borrowed Time where a local husband and wife duo named Dave and Connie D performed classic rock songs from the 60s and 70s on the outdoor patio. A boutique/art gallery named Coastal Society also boasted a full-service craft cocktail bar and outdoor sculpture garden. Another incredible boutique called Endora Bohemian sells handwoven Moroccan rugs, artisanal soaps. A large photo of rock icon Stevie Nicks greets customers as they walk in the shop, which is launching a new weekly event called Fleetwood Mac Fridays, where the owner will play Fleetwood Mac music and perform tarot card readings. If that doesn’t make you want to visit, then I don’t know what will.

Both Saugatuck and Douglas have their own personalities and one should not overlook the chance to explore both destinations. I really felt as if the towns had similar but different vibes.

This area of Michigan is also known for its vast number of wineries and distilleries. Fenn Valley, Crane’s and Virtue Cider are just three places worth visiting. Fenn Valley Winery was my favorite of the three, offering some delicious wines. Of the wines I sampled, I would highly suggest the Capriccio, a soft red wine exhibiting the right balance of fruitiness and dryness.

All this drinking will make you hungry, so head over to Coast 236, an LGBT-owned restaurant helmed by Chef Mindy Trafman. I feel like I sampled half the menu during my visit, and everything was wonderful but most memorable was the Beet Tower, which was served with chevre, butternut squash, avocado and sprinkled with pistachio nuts. I love beets and it isn’t something commonly seen on restaurant menus, so when it is offered, I usually try to order that dish.

To be honest, I’m really not sure if I preferred Grand Rapids or Saugatuck/Douglas more. try to find the best in a city when I visit, and I think you should too by exploring them both. I’d love to hear which you prefer.