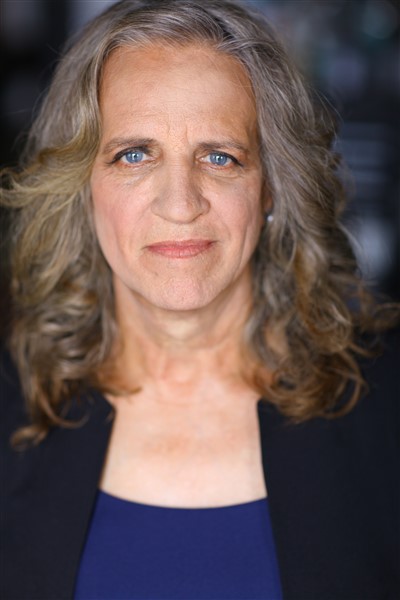 Diversity Rules Magazine is excited to feature Sophie White in the November issue.

For many years, Sophie White has been known to many in the Louisiana filmmaking industry as Rory White. Letting the world know that she is transgender, is her latest chapter in life and career that’s already been diverse. “I’ve experienced a lot of chapters over the years, many of which will hopefully give me the strength and courage I need on this new journey, in coming out as a transgender person,” explains Sophie.

Before transitioning, Sophie had many different job professions. She had done everything from motorcycle racing to boxing promotion. She even worked as an EMS in downtown Atlanta for five years during college. After graduating, Sophie taught at Life University in Marietta, Georgia and started her own chiropractic practice in Roswell. Eventually, she moved back to Louisiana and established her practice in the town she grew up in. “The timing felt right. I was homesick, so I came back to Houma with my family to raise our two sons and daughter.”

Sophie’s journey into filmmaking started when she invested in a new and local TV station. The project eventually went bankrupt and she was left with a lot of gear, so she decided to learn how to use the equipment instead of selling it. She also started doing camera work for a local TV station and that paved the way to gigs as Director of Photography and then a producer on a number of film projects.

Sophie went on to work on several films with producer Alicia Allain and actor, writer and director John Schneider (Dukes of Hazard, Smallville, The Haves and the Have Nots). She says, “John became a real friend and has always been there when I needed him. When I told him and his wife Alicia about my decision to transition, they were and continue to be nothing but supportive.”

Transitioning isn’t something Sophie’s filmmaking community knew about until about two years ago. She explains, “I always felt that I had a secret, in which I couldn’t tell anyone. It wasn’t until I got to the point of suicide, that I realized I could no longer hide. I’d known for a long time who I was inside and my exterior didn’t match. Coming out has been an ongoing process. I started with my family and closest friends.”

In 2017, Sophie won the International Screen Writers Association award and New Orleans writer of the year for a screenplay called Neuro Confinement. During the festival, she pitched a movie called Hummingbird that is loosely based on her own story of being pushed to wanting to commit suicide. Sophie decided to play the lead in the proof of concept. After showing another filmmaker a few of the scenes, he was blown away with the acting and asked if he could tell a friend who was an agent about what he saw. Sophie agreed and a few days later, she met the agent who signed her as an actor.

As far as Hummingbird, Sophie says that it still hurts her heart thinking about what happened next. One of the transgender consultants on the film was supposed to work the last day of shooting, but had some problems. Two weeks after they finished, she committed suicide because her family wouldn’t accept her. “This ripped the heart out of the project. I wish I would have picked up on the clues that she was that bad off,” Sophie explains. “However, Hummingbird has sent me on the journey of a lifetime, and for that I am grateful.”

This Fall, Sophie will be on the NBC TV show Chicago Med as a guest star. She will also be on the new TNT series Tell Me Your Secrets in the fall of 2019. After the television debut, she has a number of roles in features and short films set to be released, including We All Think We Are Special.

1 thought on “Coming Up In November: Sophie White”