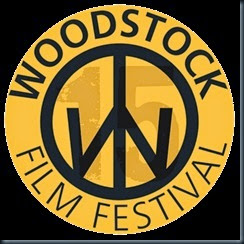 Be a part of the 15th Annual Woodstock Film Festival, October 15-19, 2014 taking place in the iconic town of Woodstock, NY, and in the neighboring towns of Saugerties, Kingston, Rosendale and Rhinebeck.

Each year film and music lovers from around the world gather at the Woodstock Film Festival for an innovative variety of films, first-class concerts, workshops, celebrity-led panels, an awards ceremony, and fantastic parties.

At the Woodstock Film Festival, participants and visitors find themselves in a friendly, casual environment, one that is conducive to creativity, networking and a good time, surrounded by some of the most beautiful landscapes in the world. In addition to drawing sold-out audiences from the 20 million people who live within a two-hour drive, the festival has attracted visitors from all parts of the country and the world.

There is a  great lineup this year of over 125+ films, including a focus on films that represent LGBTQ themes and issues.

Here are a few of them with links to their trailers.

Eat With Me (NY Premiere) https://www.youtube.com/watch?v=io8SpIVzZys

For more information about the Woodstock Film Festival go to: