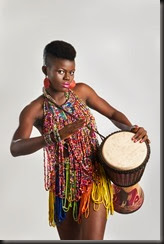 Noella Wiyaala, or simply Wiyaala, knew exactly what she was going to do with her life at the ripe old age of 5 years old. She convinced her mother to let her perform a street show outside of a local bar in Tamele, Ghana where things went so well that the crowd who gathered started giving her mother money in appreciation of this young girls raw talent. After that performance she told her mother, “I will become a singer and I will earn money from it.”

When you see Wiyaala now, what you get is a personification of modern Africa: creative, brave, strong, beautiful. The singer/songwriter from the Upper West of Ghana works hard at everything she puts her mind to. Her name, Wiyaala, literally translates to “the doer” in Sissala, her tribal language in which she sings alongside English, and perfectly describes her approach to life. She is an artist, designer, actress, model, natural athlete, and an ambassador of African culture. Wiyaala is also known for standing up for women’s rights, having a very distinctive androgynous image herself. She would often get called “man-woman” by the boys in grade school but would also be the first to lead the boys and girls into the bushes for wild hunts. 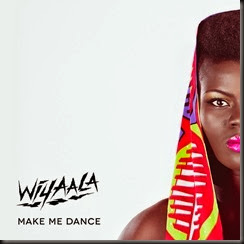 things a step farther. In 2011 she auditioned for Ghana’s own “Stars of the Future” and earned her way into the finals, winning two Golden Moments awards. Her success fired the drive to perform even harder, which led her to enter the Vodafone Icons Mixed Edition music reality show where she took first place with her then group, Black n Peach. Wiyaala certainly won’t be stopped – creatively or personally. It is rumored that she can even climb a full sized coconut tree…

This Fall is going to be a giant month for Wiyaala as a rising international star. On October 7th she released a new single, “Make Me Dance,” as an iTunes exclusive along with an acoustic version of the song. She will be the face of the IGNITE! Ghana project – a cultural education project which aims to endorse traditional Ghanaian music and dance culture in schools.

The future for Wiyaala will see her breaking down all barriers to the international music market. Two brand new EP’s will be released late 2013 and an LP is in the works set for release early 2014.

Wiyaala is indeed, “The Young Lioness of Africa”.