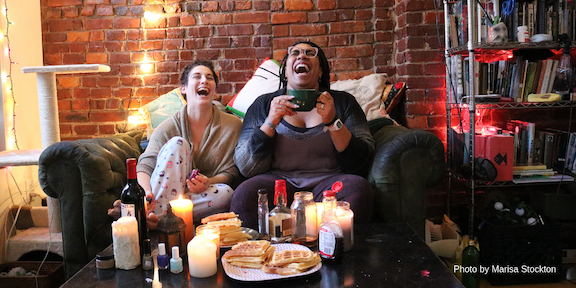 “It’s freeing to make ‘the straight man’ be or do whatever we want while muddling gender and sexuality norms through comedy.” Jamie Benson,

Co-Producer Straight Man Origins: Co-producers Jamie Benson and Hannah Goldman originally bonded as the seemingly only queer-identifying students at a Magnet Theater sketch writing class in 2018. Benson had just ditched the modern dance world and Goldman was a struggling actor looking to create her own opportunities. They were surprised how old fashioned the NYC comedy world still was and decided to create a fresh community where marginalized comedians can feel not only accepted, but celebrated. After successfully co-producing Gay Stuff at the PIT in 2018, they were offered a seasonal show.

The Galentine’s Show will feature femme-identifying talent vibrating at all frequencies of sexuality and be hosted by real-life gal-pals Hannah Goldman and Aleca Zam Piper. Comedienne Alise Morales is considered by VICE as an “indie comedy vanguard”. Stand up Veronica Garza was recently featured on MTV Decoded. Female improv trio The Gin Girls are as aggressive about laughter as female friendship. Stand up Meghan Frank talks about being too gay for Wisconsin.  Marrianne Beltle tells jokes about being sad, brown, queer and cancer-ridden. Alexis Powell invokes characters that take pettiness to new heights. Stand up Jessica Henderson makes funny while throwing beauty standards out the window. Stand up Tanisha Barnes explores her experience as a quirky black woman in America. Sketch aficionado Pratima Mani is marketably diverse and loves a good joke about international policy. 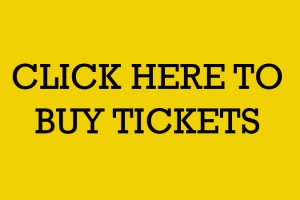