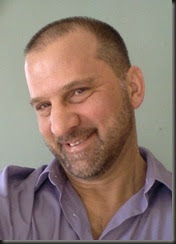 There comes a time in life where an examination or re-examination of one’s spiritual beliefs begins to occur.  Most of us have been indoctrinated into some form of spiritual belief system as children.  Some adhere to that belief system until the day they die and yet others cast it off when they get to an age where they are no longer forced to participate in the rituals, practices and other such rites of passage that many religions are characterized with.  There are those that replace the belief system of their youth with something else and then there are those that never seek out an alternative and simply live their lives without benefit of spiritual nourishment and guidance.

In terms of my own spiritual experience, I was born and raised a Roman Catholic.  My parents did what they were taught to do and had my brothers and me baptized, and then we were immersed into the Catholic faith, culminating with the our confirmation into the Catholic community.  We did the obligatory trek to the confessional every Saturday prior to Sunday Mass so we could go eat the little wafer, the Body of Christ.  I to this day can remember many of the prayers and obligatory resuscitations that we were forced to memorize in order to be good Catholics and more importantly good Christians.

While my family’s allegiance to the Roman Catholic faith waned eventually, my adherence to the faith in which I was brought up continued well into my college years and beyond, for reasons which I shall delve into in a subsequent essay.  I was a good little Catholic boy who went to Mass every weekend and on holy days of obligation. I defended the faith in the face of a changing society. I lamented the abandonment of the required habits worn by the nuns and watched in disbelief the many changes that occurred in the Mass and the faith, generally.  I clung to the traditions of the Church and actually thought about becoming a priest at one point.  I look back on that now and just laugh.

Despite all this outward embracing of my faith there was always something inside of me saying, “this stuff is just bunk.  It’s all man made crap and has nothing to do with what being a good Christian is all about.”  However, I just buried those feelings and denied them.

Then came my sexual enlightenment!  There was a point where I began to question my sexuality and was coming to grips with the reality that I was gay.  I would go to Mass and hear priests and other religious folks in other faiths condemn and mock being gay.  I would hear the admonitions that gay people were going to hell and that there was something wrong with these folks and that they were destined for eternal damnation.  I began to hate hearing “hate the sin, love the sinner.”  I was conflicted and confused on how to deal with and reconcile the faith that I so dearly wanted to maintain and my budding sexual awakening that was in direct conflict with the faith I was clinging to.

Then it happened.  I said enough.  I am not really even sure when it happened but there came a time when I decided that I would not tolerate the religious mumbo jumbo any longer and I bolted the faith in which I was raised.  I stopped going to church and refused to participate in anything remotely religious, both Catholic and non-Catholic, because I hated what I perceived it to represent; repression of creative expression and individuality.

I meandered aimlessly for a good number of years with no organized spiritual nourishment and came into contact with other more cultish organizations which tried to infiltrate my consciousness.  Luckily I rejected them as well and saw them for what they were; controlling man-made organizations that had nothing really to do with that Jesus taught but had everything to do with what a bunch of men perceived what Jesus said.  These groups and people within them warped his message out of context to further their own personal gain.

All through this barren spiritual wilderness, however, I maintained a belief in spirituality.  I knew deep inside that there was something that came after our physical existence ended.  I just did not have a vehicle in which I could situate myself where I would feel comfortable and be able to nurture that which I always maintained as truth.  I rejected the Jesus tale and all that went with it, and held the belief that I was my own God, my own deity, shaping my destiny.  I was in control of my life and what was to happen.  That reality would soon come to a disastrous end too.

My life was in shambles.  Not outwardly but internally.  I had a good job.  I was well respected in my community, I was out and progressing forward in my sexual awakening.  However, I was having panic attacks and my self-image was not a good one, despite my outward happy demeanor.  I was at a point in my life where I not only rejected my spiritual upbringing but also cast off much of my self-imposed, self-created paradigms that I wove to hide my being gay.  I had spun a safe world in which I could regress to and live happily, or at least I thought I could.

Once cast off, I had nothing to replace it all with.  I was basically starting over from scratch; erecting an existence that was premised on what I thought was truth and building new thought paradigms in which to function.  I was beginning to evolve into the person I was meant to be but at that time I had no idea what that evolution would entail.

Then came another of those thin threads that help guide us forward to a new level of personal growth.  I was in a gay chat room and I just out of the blue instant messaged a guy whose profile intrigued me.  To make a long story short, he was a person of psychic power and with a connection to a spiritual plain that I had not known existed or one that I deep down knew was real but had denied it for so long that I believed it was non-existent.  He recognized that there was something I needed and offered to put me in contact with someone he knew that he felt could help me sort things out and get better grounded.

That is when I met my first spiritualist, Ada, who was able to delve inside me and make me aware of unseen powers that were influencing my life and were waiting for me to make some decisions to move forward.  She reawakened in me my long buried belief in a spiritual existence and over the course of time put me on a path forward that has brought me to the point in my life where I am now.  She allowed me to clearly see my destiny that was to unfold before me, but would not until I got myself right inside.  She also made me aware of changes that were to occur in my life’s path and helped me prepare for them.

When we make a decision to move forward and pursue solutions to our situations, and have a belief that answers will come, people are put in our path which will enhance and strengthen our resolve to progress to new plateaus of learning and exploration to help us fulfill our life’s destiny. While there is a lot of “stuff” that has happened that can be the subject of future essays, there have been some key moments and people subsequent to my meeting Ada, that have helped bring me to where I am now.

I have met spiritually based people that have awakened uncharted territory within myself and have provided some answers as to why I do the things I do.  They have also reinforced what I always felt as a child and throughout my barren spiritual moments;  that we are more than just biological beings that cease to exist when we die.  We in fact are spiritual souls that continue beyond our physical space and time.

Through my guided mediation and reconnective healing experiences I have discovered past lives that continue to play a role in my current physical manifestation which I shall not delve into in this essay.  My Akashic readings have also shed light on the existence of past lives and a soul that continues through eternity, seeking knowledge and enlightenment.  I have discovered the essence of my spirit.

Despite this profound spiritual awareness that has been awakened within me, I still doubt the existence of the omnipotent Jesus that was drilled into us as a child but I do not deny that a physical being named Jesus existed that impacted his time in a very meaningful way.  What I do not buy into are all the fables and stories written by those that came after him that have led to the warping of his words to control and manipulate people for selfish human ends.

Resulting from this new found spiritual awareness garnered through the past few years, I am much more willing to defend his teachings in the way they were meant to be presented; as a framework for furthering humanity and fostering acceptance of all people for who they have been born to be.  I denounce those that use his words to control and bring dissension among spiritual beings.  I firmly believe that if there is an omnipotent Jesus floating about, a master teacher that influences us all, he is thoroughly and unequivocally disgusted with what some have done and said in his name.

So the journey continues.  I shall continue my trek forward to understand myself and what makes me tick as the person I am in this current manifestation.  I offer my assistance and guidance to those who seek the same path and who wish to more intimately know who they are inside.  I can only offer my experiences and wisdom of what I have learned from these experiences.  It will be up to you to decide how it shall influence who you are and what you shall learn from your sojourn in this physical plain.

1 thought on “The Essence of Spirit”