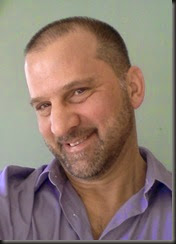 I have been writing a number of essays regarding the personal spiritual awakening that has been ignited within my soul and have alluded to past lives lived but have never really expanded on the topic.  I am compelled to relate my experiences and insights into the journey my soul has taken and some of the prior earthly manifestations that have been revealed to me.  While there is yet much to explore within myself about past lives lived what I have discovered thus far has explained a great deal about who I am currently and why I do some of the things I do and have often wondered about.

The idea of past lives has always intrigued me.  I had heard and read about those who have experienced past life phenomena and thought it would be something I’d like to explore but never really knew how to go about it.  Subsequently, I just would always forget the idea and carry on with my life.

However, given the spiritual journey I have been on the past couple years it reawakened this desire to explore what manifestations my soul had undertaken in its quest for knowledge and understanding.  During my reconnective healing sessions I had experienced visions and insights that, many times, were unexplainable.  I would see things that on the surface had no meaning to me and it made me wonder what these visions and mental images meant.  Leslie Ann and I would chat about some possible meanings but our discussions would more often than not leave me wondering and wanting to investigate more the true meanings of the things I had experienced.

I kept seeing one male figure consistently throughout my many sessions and his image would actually come to me in dreams as well and would re-emerge in a past life regression session I had which I will expand upon shortly.  He would always be off in the distance watching me, many times engaged in sexual situations, and he once actually said to me in a dream that “you are just like me.”  We just looked at each other and I laughed and I said “I think you are right.”  It appears that this male figure plays a predominant role in my current life and is a spirit guide of some sort, as well.

I had also seen this male figure being lifted up unconscious and lifeless with his hands limp at his sides.  It was sort of like when a person drowns and they are pulled from the water which leads me to believe that this manifestation had died due to drowning.

There were many other visions and experiences that I had during my reconnective healing sessions.  Leslie Ann also would tell me she had seen figures hovering over me and around me. Some would actually kiss me on the forehead at the beginning of the sessions and she repeatedly saw an elderly woman who would call out to me saying “Jimmy.”  As I have stated in other essays, my maternal grandmother would always call me “Jimmy” and we determined that this was her that accompanied me on these journeys into my sub-conscious and led me to further arenas in which I could explore myself and find some answers to questions that had been nagging at me for what seemed like an eternity.

After the Reconnective Healing sessions ended it left me with an intense desire to do some past life regression work.  I then contacted a local spiritualist who did a past life regression meditation with me and lo and behold the male figure who I referenced above reappeared.  It seems that this was me in a past life, in the Middle Ages, and it was a very happy and contented existence.  The date that came to me in my meditation was 1542 and I appeared to be someone of stature, a knight of the kingdom, that was very well respected.  While I did not experience visions of my death, I firmly believe that what I saw with Leslie Ann was my demise by drowning, which can clearly explain the intense fear I have of dying by drowning in this current existence.

Additionally, I have always had an affinity for Medieval history.  I was quite enamored with the whole era and always thought it would be cool to live and/or work in a castle.  Little did I realize that it appears I actually did!  From what I can gather too, my life then was a happy one and I think it is a reason why I look upon the era with such fondness.

During this same session I also had visions of two men, walking together and both stopped, looked at each other and embraced and said their good byes.  One man had a cap and long, flowing black robes which reminded me of priestly garb.  The two men were brothers who were very close and one was departing on some mission.  It appears that I was the “priest” saying goodbye to his brother and wishing him Godspeed and a quick return and that I would dearly miss him.

While I can only project and assume, if this was indeed me, it could possibly explain why I clung to my Catholic roots for so long after my family had basically stopped being practicing Catholics.  I have also had a longing for a much stronger relationship with my brothers which never has seemed to materialize for whatever reason, and I feel that this past brotherly bond in a prior existence is carrying over in this current life, longing for that relationship once again.

After this guided meditation session with Diana, I did a couple subsequent meditations on my own.  I found a very good guided past life meditation on YouTube.  Another manifestation came to me.  This time I was an Asian prostitute name Lee Tso that was murdered by one her tricks.  I saw visions of my family searching for me and asking if they had seen me and ultimately was told I was dead.

In this current manifestation I have had and continue to have an intense sexual drive that many times was and is unexplainable.  I always wrote it off to being a horny, closeted gay boy, but after I came out the feelings just never abated and actually became more intense.  Who knows I could just be a sexually driven out gay boy now but I think it all goes much deeper than that.  In addition to the influences of the male manifestation described earlier, I can only assume that my current sexual prowess and drive also relates to this past life in which sex played a major role in my existence and is being carried over into my current manifestation.

I have always had a much more liberal view of sex and could never understand why society was so hung up on the sex industry and those that participated in it to make a living or those that find porn and the nude human form to be a legitimate means of self-expression.  To me it is just a natural way to express oneself and I have never been offended by those that have used sex to earn a living or those that need to use it as a means to release tension and energy that otherwise would remain pent up in a very damaging fashion.

Additionally, and this may seem somewhat prejudicial to some, but my murder in this past existence could explain my total lack of desire to travel to any Asian country or sexual interest in those of Asian persuasion.  Could this be a harkening back to my time as an Asian prostitute and a reminder of my murder?  I believe it to be the case.

It is my intent to do some additional regression work to further explore these and other lives that may yet appear in my visions and dreams.

After all this, I was tipped off to yet another means of self-exploration.  Someone recommended Jenny to me, a local spiritual practitioner that specialized in doing Akashic Readings.  Each of us has an Akashic record.  It is a spiritual database, if you will, documenting our many manifestations and explains the origins of our souls and the mission it has chosen for our current life.  Having had an Akashic Reading done only verifies to me that the visions and images and the past lives revealed to me in prior sessions are quite real and our existence is merely a series of connected lives all tied together by our soul, our inner energy, that is on a quest for knowledge and understanding.

While many bits of knowledge were revealed to me in my Akashic Reading that explains a lot of what I am about in this current manifestation, there was one thing that was revealed to me that was such an “a ha” moment.  In my reading it was revealed to me that in a past life my parents had died and I had to go live with my uncle who did not treat me very well and always placed me behind his own children and disparaged me and did not make me feel like I was ever truly part of his family.

As a child I had an intense fear of my folks dying and me having to go live with my aunt and uncle.  I thought about this incessantly sometimes and would actually cry and shake in fear that this would happen.  I now see that the fear I felt as a child related to my parents dying clearly harkens back to this past existence and was carried forward into this current life.  Clearly this was something I ultimately didn’t have to concern myself with but I could never understand why I obsessed so much over it to the point where I would make myself sick.

My journey continues.  My quest for knowledge and spiritual fulfillment only grows stronger each and every day.  The awakening I have experienced has only made me more determined to find out more about who I am and was in order to live a better life in this current earthly existence.  Where my awakening takes me next only the universe and its omnipotent power knows.

I will say this howvever, that once awakened, you cannot go back to your unawakened state.  It is impossible, as the desire for knowing more overtakes you and will drive you forward to seek out those who can help take you to the next level of understanding.

Embrace your awakening and do whatever you can to find out more about your connected lives and how it is impacting your current physical being.  It is a remarkable journey that everyone should experience but alas, many never awaken and don’t pursue the spiritual fulfillment that we all are meant to have.  I can only hope that those of you who have not yet been touched by your internal spirit, are someday connected to it and embark on the path of enlightenment and self-discovery that I have been on for the past few years and look forward to continuing.