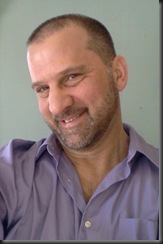 We are in the midst of the month of June – a time when spring is in full bloom and summer is just around the corner.  June is also Gay Pride Month when celebrations abound throughout the nation and the world commemorating the Stonewall Riots of June 28, 1969.  It was on that night that the modern gay rights movement was born when patrons of the Stonewall Tavern rebelled against police repression and persecution of gay, lesbian, bisexual and transgender persons.  To borrow a phrase from Franklin D. Roosevelt, “It is a date which will live in infamy.”

The course of American History changed because of the riots.  The month of June 1969 was a major turning point in the battle for equal rights for all people in this country.  It fostered a period of rebellious push back against discrimination and police persecution by a sector of society that was up to that point, largely hidden and kept quiet about.  Being outwardly gay was cause for being mocked and ridiculed and relegated to that portion of society that was deemed perverted and not normal.  It was cause for many instances of blackmail where threats of being “outed” would be used against a person to force them to do or not do something.

Additionally, “Queer” folk could be fired from their jobs, denied housing and other privileges that straight America at the time could enjoy, such as full marriage equality, where one could marry the person that they loved and wanted to spend the rest of their lives with – LEGALLY.  LGBT people were being institutionally relegated to second class status simply because of who they were born as.  Also, Civil Rights Legislation overtly omitted sexual orientation and perpetuated and institutionalized even further this second class status.

June of 1969 ushered in a new cusp of change that began to dispel the mistruths and lies about what being gay, bi, or transgender actually was.  Legislative victories were beginning to be won and openly gay individuals such as Harvey Milk were being elected to public office.  Old myths were being shattered and people were beginning to realize that gay men and women, bi and transgender people were no different than their relatives and friends.  They were people who wished to be respected and treated fairly like everyone else.  Gay men and women and others were beginning to reclaim their rightful place in society as beneficiaries of the ideals upon which American Revolutionaries fought and died for.

Forty-six years later in this month of June 2015 America is once again on a cusp of change with the impending decision by the United States Supreme Court that could, and most likely will, overturn vile same sex marriage bans still in place in 13 states and legalize same sex marriage throughout the land.  America has experienced a firestorm of change on the gay rights front since the riots occurred.  Who of those people rebelling against police persecution on that hot summer night in New York City in 1969 would ever have thought that full marriage equality would be won and that gay couples could rightfully adopt and raise children directly related to their efforts.  A Supreme Court decision striking down same sex marriage bans will create a new cusp of change thus opening the door to further advancements of equality and bringing America even closer to its inherent purpose.

However, since the summer of 1969, forces of resistance to full equality have also emerged and have been largely religious and other conservative groups that feel LGBT persons do not deserve to be treated equally because they say homosexuality is not determined at birth and should not be a protected class.  They say we choose to be gay – a choice that results in being  discriminated against, being made fun of and many times beaten up with death sometimes the result.  Right wing religious organizations and others proclaim that the bible condemns homosexuality and because of their influence in the political realm they have gotten biblically based legislation passed that discriminates against LGBT people, most notably the “religious freedom” laws that have been successfully implemented by conservative legislative bodies in Michigan and North Carolina.  With the impending decision by the Supreme Court such legislative actions may become more prevalent.

We must be on guard.  We must continue the fight no matter what the result is of the Supreme Court decision.  Even though full marriage equality in all probability will have been won, discrimination will still exist, and unfortunately always will exist, as our African American brothers and sisters can attest.  Transgender people are still denied many rights that gay men and women can now enjoy, such as military service.  Transgender rights will certainly be one of the new frontiers in the fight for equality for all.

There are powerful pro-gay organizations in existence now to defend and protect our rights such as the Human Rights Campaign (HRC).  However, there MUST BE some individual responsibility as well in order to ensure the battle for equal rights continues.  We cannot solely rely on big corporate funded, and many times extremely politically correct, organizations to work for our benefit, as many have been subverted by the corporate powers that be to spread a “canned” message that all are expected to adhere to.

In this month of June 2015 we all must make a decision to embrace our individual power to freely express ourselves.  We need to commit to the spirit of Harvey Milk and take to the streets if need be in order to achieve that which we are all entitled under the Equal Protection Clause of the United States Constitution.  Most importantly, our individual power entails the right to vote.  No other freedom can have as much impact and foster new cusps of change than voting.  Do not abdicate your right to vote, as we have seen in the last few election cycles what insidiousness can ensue if we do not get to the polls and vote.  By voting we can ensure that more progressive cusps of change are created that respect the rights of all people instead of separating and tearing them down.  Which cusp of change do you wish to create and ensure for future generations of Americans?