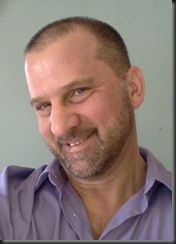 Welcome to the June issue of Diversity Rules Magazine!  I am so heartened by the feedback I have been getting about the magazine!  Each issue just gets better and better, with more exposure and  interest in being part of the Diversity Rules family!  That subscription only print version will be back soon enough!

This month’s issue is focused on Pride Month and the many celebrations that are occurring throughout our nation and the world.  We have come a long way since that hot, summer night on June 28, 1969 in Greenwich Village when a series of spontaneous, violent demonstrations against a police raid of the Stonewall Inn rocked New York City.

These demonstrations were the first instance in American history when people in the LGBTQ community fought back against a government-sponsored system that persecuted sexual minorities.  The riots have become the defining event that marked the start of the gay rights movement in the United States and around the world.

As a gay individual, I look back upon my past and remember many gay pride months passing with a promise to myself that the following year I would be among the ranks of the millions of other LGBTQ individuals who took the bold step and broke out of their closets.  It took a number of broken promises and many more years of hiding, lying and being someone I was not before I decided to kick the door of my closet wide open.

I certainly have mixed emotions about pride month.  On one hand, I am pleased that the celebrations occur.  They are wonderful celebrations of the diversity that exists in our nation.  I am proud that so many of my gay, lesbian, bisexual and transgender compatriots have the courage to stand up publicly and express themselves so freely.

On the other hand, I long for the day when gay pride celebrations are no longer necessary.  I envision a time when being gay is no big deal and all the rights and privileges that are bestowed upon the straight world are also given to this country’s LGBTQ citizens.

I look forward to the day when the LGBTQ community is fully accepted and society honors human individualism, where all people are respected as human beings rather than minority groups trying to achieve individual goals and objectives.  Rather than premising one’s support for LGBTQ equality on the fact that they know someone who is gay, our allies in the fight for equality need to begin to see the movement for LGBTQ equality as a human movement, a movement to get “back to human,” to borrow the namesake of George Walsh’s CD he released a number of years ago, where we start to treat each other with more compassion and respect for all of humanity and its creatures.