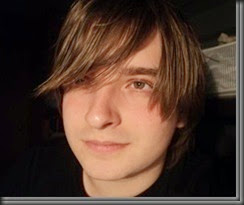 Many people out there have many false misconceptions about the role a gay male friend plays in friendships. I’ll use two examples: one for men and one for women. Some women expect gay men to be their ‘gay best friend.’ No doubt that entails the friend that goes shopping with them, talks to them about relationship problems among other things. For men, we sometimes serve as the bridge between him meeting the girl they want. In both instances, we serve a purpose that fulfills something for said friend.

Sometimes a friendship just exists merely to serve a purpose for one party, the former example of the ‘gay best friend’ is one of many examples of how friendships can be incredibly one-sided. I recently ended a friendship that seemed quite grueling. I served as a friend’s psychologist essentially. While I had no problem being her rock and giving her advice, she would never take my advice to heart. When she wasn’t having a problem she chose not to communicate with me because she had nothing important enough to communicate about, in her opinion.

After several miscommunications she began treating me poorly because I no longer pandered to her need to objectify me as a convenience. Shortly thereafter, I concluded the friendship because why should I needlessly allow myself to experience such ill treatment?

For those of you who are struggling with the ‘one’ friend that seems to use you only as a convenience, my best advice is ending the friendship. You’ll always encounter hateful people in life: people who demean you, bully you, and feed off your energy. If you don’t live up to their needs, they passive aggressively cut you out of their life. You may think you did something wrong and constantly try to fix a damaged friendship or relationship only to realize that the person will treat you the same way the second time around. The truth is: you can’t pick up the broken pieces of a damaged person and glue them back together if they are unwilling to do it for themselves. The greatest thing I’ve learned recently is how to carefully pick and choose friends because of this. Life is too short for you to be the psychological battery for a person who is unwilling to re-charge.