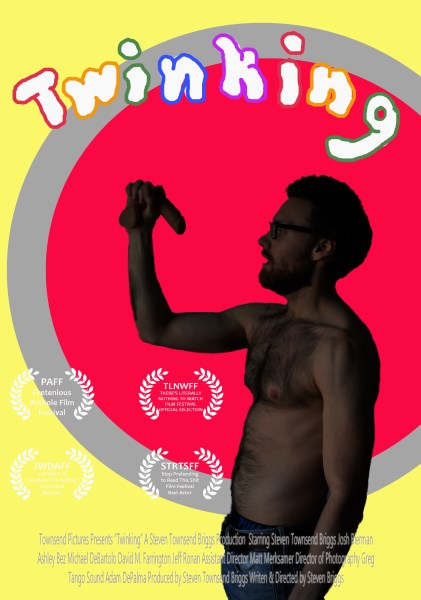 Filmmaker Steven Townsend Briggs is launching a new web series called “Twinking.” The show focuses on the sexual experiences of one gay man as he looks for love and companionship in all the wrong places, including commonly-used gay hook-ups like Grindr and Scruff. The first season of “Twinking” is 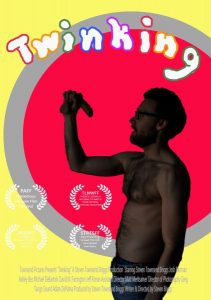 comprised of six three- to five-minute episodes. The show is set to premiere on Friday, March 23rd on the YouTube Channel “Twinking Series” and on www.TwinkingSeries.com.

As an emerging director and screenwriter, “Twinking” star and creator Steven Townsend Briggs has been dealing with issues of isolation, intimacy and sexual frustration within the gay community for many years. He is using his skills as a filmmaker to highlight his personal experiences as a single adult gay man living in New York City. Using gay hook-up apps like Grindr and Scruff can make it easier to find other gay men in a certain geographic area, but these encounters tend to be unfulfilling and even psychologically confusing. Choosing one’s sexual preferences and building a sexual identity can be challenging when gay men are presented with so many options, many of which can lead to oversexualized situations where gay men might feel compelled to do something they wouldn’t normally do. Having around-the-clock uninhibited access to pornography has also led to more aggressive, potentially inappropriate encounters within the gay community, as more gay men develop a taste for extreme sexual situations.

Steven Townsend Briggs began writing and producing “Twinking” in early 2017. The show was a labor of love for him and some of his long-time creative partners, including Greg Tango, the show’s cinematographer, Matthew Merksamer, the show’s Assistant Director, and Adam DePalma, the show’s Chief Lightening Technician. The show also features a number of talented NYC-based actors, including standup comedian Ashley Bez and actors Michael DeBartolo, David M. Farrington, and Jeff Ronan. Steven Townsend Briggs hopes that “Twinking” will shed more light on the everyday experiences of gay men all over the world, creating a conversation about inclusion, respect, and sexual awareness.

About Twinking: “Twinking” is a new NSFW web series about the pitfalls of modern gay dating. All six episodes of the first season were produced, written and directed by Steven Townsend Briggs. The show was independently financed by Steven Townsend Briggs and will be used to highlight the director’s creative talents. For more information, all interested parties can visit TwinkingSeries.com or message S.townsend.briggs@gmail.com.

Check out the trailer HERE.