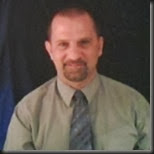 Welcome to the December issue of Diversity Rules Magazine.  It is the last issue of the year and it’s hard to believe Christmas and all the other joyous holidays of the season have arrived.

This month’s issue features Butch Cordora.  He is a media personality based in Philadelphia.  He is an accomplished actor, author, and radio and TV personality.  I had the pleasure of meeting Butch about 4 years ago and I am honored to have him as the feature interview for December.

Butch has a new radio show debuting this month and will air each Thursday beginning on December 5th .  I will be trekking to Philadelphia on December 12th to be Butch’s guest.  We’ll be talking about his feature, and the magazine and well, whatever else comes up.  It should prove to be an exciting night.

There are some other exciting features in the December issue along with the regular columns by Terry Ludwig, Barry Cornelius, Susan Thomas, Robert Saldarini, Lee Lynch and Donny Winter.

The December issue features a new app for men called “Mench’d” for those dudes who want more than just a quick “hookup.”  There are also two book features; Bad Idea by Damon Suede and Gifts Not Given by Kergan Edwards-Stout.

Enjoy the issue.  Take charge of your life and be proud of who you are.