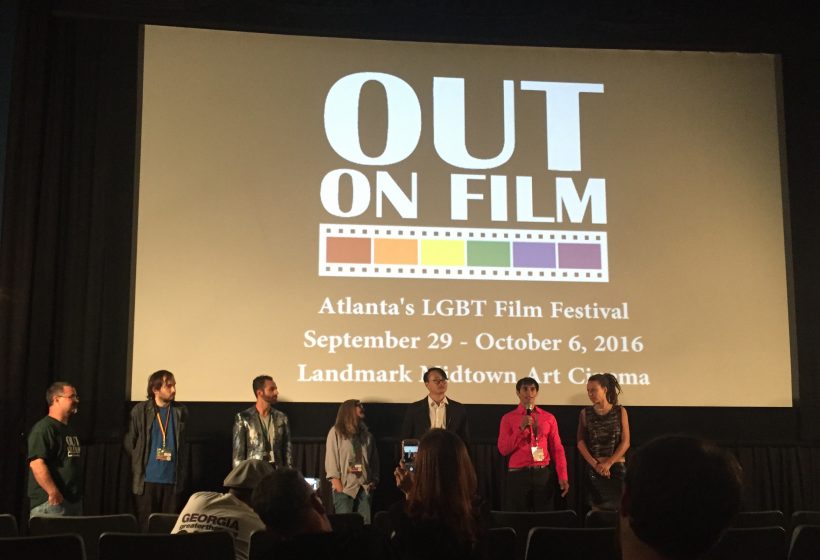 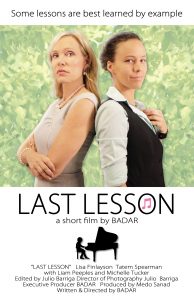 The most recent short film by writer and director Badar, LAST LESSON, premiered at Out On Film 2016, Georgia’s #1 LGBT film festival. It was screened at Midtown Art Cinema as part of the SOUTHERN SHORTS category. The film had an overall positive audience response and feedback. After the screening of films, Badar joined the other filmmakers for a Q&A hosted by festival owner, Jim Farmer. Badar has submitted LAST LESSON to other festivals in Georgia

as well as other states, and is confident that it will get accepted for more screenings soon.

LAST LESSON is a drama, and tells the story of a child named Jacob struggling with the piano, and his instructor Carmen, who helps him learn. All is well, until Jacobs mother, Olivia, questions Carmen and then asks that she not continue the piano lessons upon discovering she is a lesbian. After no attempts are made at convincing Olivia to let her keep working, she confronts Olivia with her own ignorance and hypocrisy. The two women may not be so different as they seem. At its core, LAST LESSON is a reflection on society and how the power of influence can affect us in our lives.

Lisa Finlayson (Olivia) and Tatem Spearman (Carmen) are the two main leads in the film. Miss Finlayson is a local actress with a background in film and theatre training. She is recognized from her role on this year’s show, CW’s CONTAINMENT. Tatem is a fresh face in Atlanta and aside from acting in LAST LESSON, she also wrote and performed the music. Both actresses found their roles challenging due to the fact they had not had an opportunity to portray characters so far from their own persona.

Badar is an actor and writer working in Atlanta and currently, the only South Asian filmmaker in Atlanta’s independent film scene. He is a film graduate of Savannah College of Art and Design. Though of Pakistani background, Badar moved to the States as a child from the United Arab Emirates. His early years were spent living in New York and Alabama before the family settled in Georgia. He draws ideas from Bollywood films of India/Pakistan. Music plays an important role. His first short film, MAYA’S SOLDIER won him first place prize at the Decatur Film Festival. Badar made his big screen acting debut in the film IDENTITY THIEF as the Cell Phone Salesman alongside actress Melissa McCarthy. He also had bit parts on the TV series VAMPIRE DIARIES and the feature film GOOSEBUMPS. Earlier this year, Badar released a photography project called ‘Rebel Hearts: A Tribute to Madonna.’ The images and video went viral and was featured in The Advocate. LAST LESSON is his second short film and expresses the importance of addressing a social issue relevant to our time. Having the film premiere at Out On Film 2016 is a privilege, and Badar is looking forward to more screenings at festivals in the upcoming year.