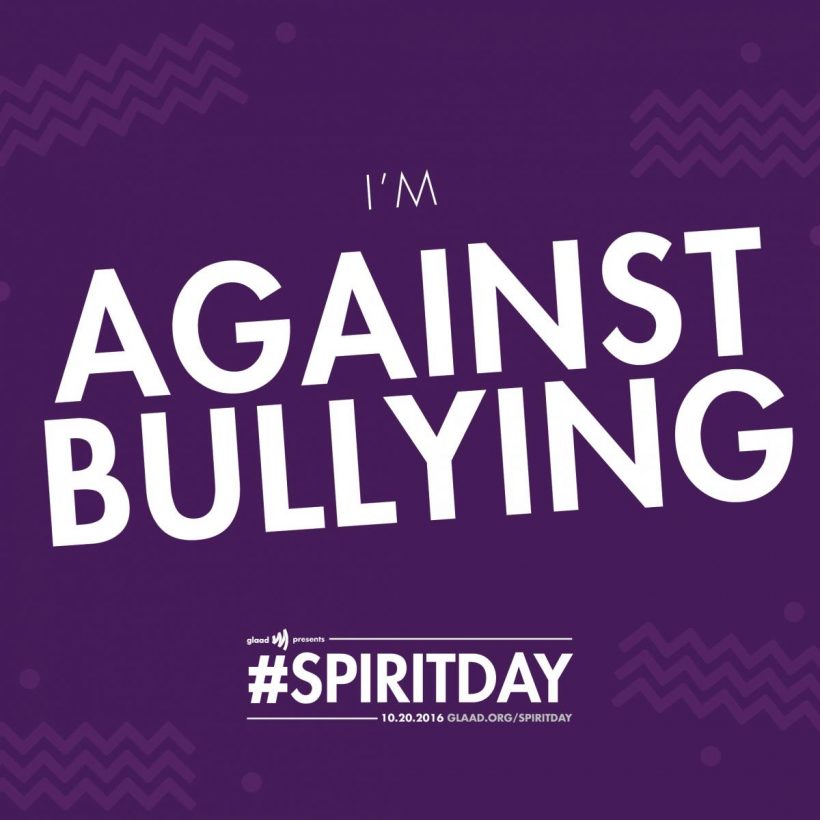 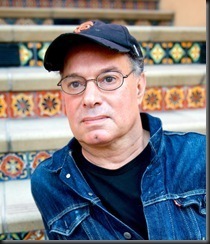 According to Wikipedia, Spirit Day is an annual LGBT Awareness Day commemorated on the third Thursday in October. On Spirit Day, LGBTs are urged to wear purple and to display purple on Facebook as a show of support and solidarity for LGBT youth who have been bullied or committed suicide. Spirit Day has been heavily promoted by GLAAD–the Gay and Lesbian Alliance Against Defamation–and by The Trevor Project, the influential LGBT youth suicide prevention advocacy group.

As with most projects which come from these organizations, Spirit Day has become a self-serving 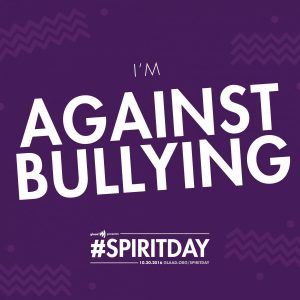 infomercial for the organizations themselves. These organizations aren’t saving any lives. Anyone recall the now forgotten It Gets Better Project of 5-8 years ago? Did all those inspirational videos save any lives? Did they accomplish anything at all?

Spirit Day is particularly hypocritical when one considers the absolute refusal of organizations like GLAAD and Trevor Project to adhere to their mission statements when LGBT people turn to them for help.

Much has been written about Cathy Brennan, a self-described “radical lesbian feminist” with an obsessive fear and hatred of transgenders. Brennan has libeled hundreds of people on her now dormant blog Gender Identity Watch, where she regularly posted false accusations of stalking, harassment, and even hate group affiliation. Brennan targets not only transgenders, but any gay man or lesbian who declines to support her anti-trans gang bang. There are now verified cases of trans teens being hospitalized in a suicidal state as a direct result of Brennan’s attacks–Brennan is middle aged, yet she has gone after minors without hesitation. Thousands of people, transgenders and otherwise, have publicly condemned Brennan’s abominable behavior. Thousands have signed petitions and written letters asking that Brennan be held accountable for her bullying, her lies, and her attempts to destroy people’s reputations.

Brennan has in fact done this to me twice, posting inflammatory half truths about my personal life and my relationship with my former partner, who’s conservative anti-gay Christian friends and relatives harassed me to the point of my needing police intervention: http://blogs.timesofisrael.com/a-gay-jewish-man-learns-that-hate-can-come-from-the-most-unexpected-places.

Like scores of other gay and lesbian “activist bloggers,” lies and hate are all Brennan has to fall back on in their never-ending quest to hurt other LGBT people.

The silence from GLAAD and The Trevor Project has been deafening. In fact, many LGBT people report of being ignored when they turn to these organizations to ask for help.Is it any wonder that LGBT suicide prevention statistics are so high?

As a journalist I’ve reported on the rampant slander and bullying which goes on across the gay blogosphere. In my 2013 story Bullying Is Not a Gay Right, which I wrote for South Florida Gay News, I reported on the behavior of Kevin Patrick O’Neil, a then 50 year old gay activist who participates in the bullying of suicidal LGBT kids. A young lesbian suicide attempt survivor named Rinna Hoffman provided me with abusive, threatening emails she received from O’Neil. The Trevor Project assured me that they would do nothing about it.

Ultimately I showed those emails to over 400–yes FOUR HUNDRED–gay activists. Responses included jokes about mental illness, accusations of anti-gay bigotry and comments like: “I would have treated her the same way. Tell the bitch to grow up and get over it.”

Rinna is fine, I’m happy to say, not that gay activists care.

Yet on the most recent Spirit Day, which took place on October 20, 2016, both organizations were quite active on Facebook, grandly announcing that they’re “against bullying”, while claiming to “be there” for our kids.

Who the hell do they think they’re kidding?

If these organizations were honest about their mission statements they’d publicly condemn the hundreds of gay and lesbian bloggers who routinely defame other LGBT people every day. They’d help the targets of online slander obtain court orders to get these kinds of postings deleted–slander and libel–defined by the US Supreme Court as “a reckless disregard for the truth” is not protected free speech, according to a 1964 Scotus ruling.

These fake organizations would also be helping the bullied get the restraining orders they need. They’d name the perpetrators rather than posting their self-serving BS on Facebook.

To GLAAD and The Trevor Project: If you’re against bullying then offer the bullied a kind word and a helping hand. Don’t use their pain as a prop to make yourself look saintly. Facebook memes and You Tube videos don’t save lives.