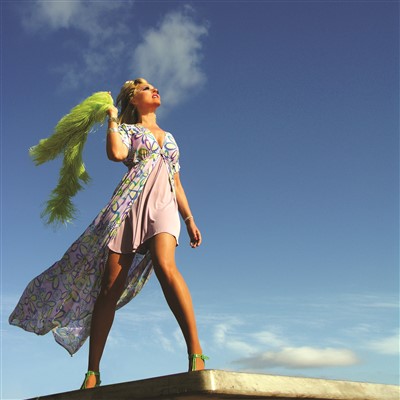 Kristine W is pushing dance floors forward this Fall with her new single, “Can’t Look Back,” the first release from her upcoming album. Produced by James Hurr, one of the masters of UK House, the song is a lush, soulful club groove, made even more powerful with its message of rising up and appreciating the day. The passing of Kristine’s mother inspired it. “Though she faced unbearable loss during her lifetime, my mother was a perpetual optimist,” Kristine explains. “She never wallowed in pain from the past. She chose to forge ahead, holding tightly to hope, faithful in her belief that tomorrow would be a brighter day.” Kristine W’s “Can’t Look Back” is being distributed globally through The Orchard and became available on September 16.

Kristine W wrote “Can’t Look Back” with Mark Matson and Tony Moran, but is convinced that her mother helped in its creation, too. “Mom’s spirit is so much a part of the lyrics of this single. I really feel like she was holding the pen on this one.”

The artist admits she has had a difficult time working through the loss of her mother but has found solace through songwriting. “Writing my feelings down has been cathartic. I hope by sharing the song now with the world that it helps those experiencing similar loss to move forward too.”

She says the element that sets “Can’t Look Back” apart from other tracks playing in clubs right now is that it is a real song with two verses, a chorus, a bridge, and a B section. “You don’t hear many bridges in songs these days. It gives the feeling that the song is carrying listeners on a healing journey.”

Kristine W hails from Pasco, Washington. After winning titles as Miss Tri-Cities and Miss Washington and placing first in the talent competition at the Miss America pageant, she pursued her educational and musical dreams in Las Vegas.

There, she found success headlining her own show at the Las Vegas Hilton, winning several ‘Las Vegas Entertainer of the Year awards and being officially sanctioned as the entertainer who performed more live shows at the Las Vegas Hilton than any other performer in its history, including Elvis. The award led to June 28th being officially sanctioned as Kristine W Day in the state of Nevada.

She began recording pop, R&B, and dance tracks in the nineties. “Feel What You Want” was her first single to reach #1 on Billboard in 1994. Since then, Kristine W has had a steady flow of chart-toppers. “Stars,” from her 2019 album, Issues Episode 1: Love and Lies was her 17th Billboard #1. She now ties Mariah Carey for the sixth-most No. 1s since the chart’s August 28, 1976, inception. Madonna leads the chart with 46.

Kristine W’s “Can’t Look Back” is available now on all digital retailers via Kristine’s own imprint, Fly Again Music Productions. Fly Again Music is a diversified entertainment company devoted to producing, uncovering, and revitalizing the very best of dance, pop, and jazz culture. For more information on Kristine W and her music, visit http://kristinew.com.