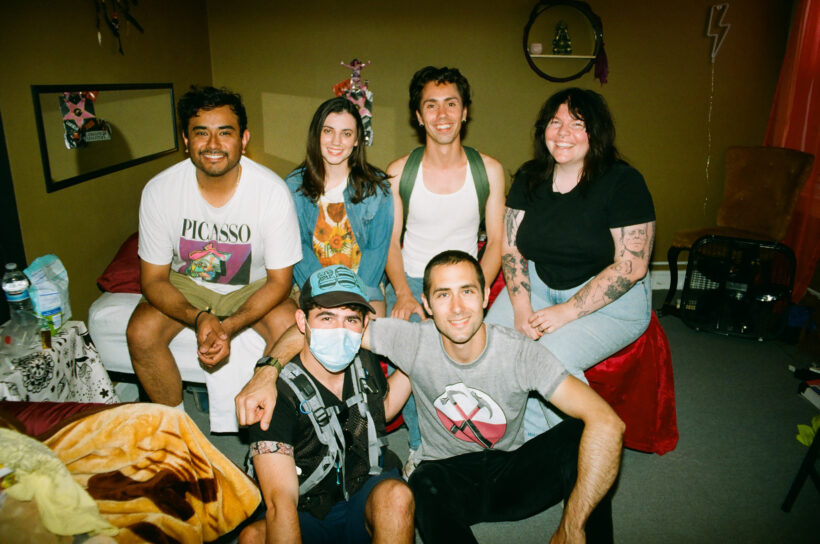 Dekkoo.com, a subscription streaming service dedicated to gay men, will begin streaming its new original series, Adam in Fragments, on November 17. The provocative, gritty drama follows Adam (Beau Swartz), a sex worker who has never had to worry about anyone but himself until he meets Lucy (Keiva Bradley). Adam’s urge to guide the young and naïve aspiring adult film starlet and protect her from their terrorizing handler, Felix (Francisco Antonio), triggers a series of events that sends violent ripples through the Los Angeles underground sex trade. Adam in Fragments is produced by Dekkoo Films and The Arbor Company.

“Most television shows and films about sex work either glorify the trade or exploit it,” says Omar Salas Zamora. He wrote and directed the series with Calvin Picou. “In Adam in Fragments, we aim to examine the profession, not by sensationalizing it, but through exploring the main character and his interactions with drug dealers and johns.”

Zamora and Picou drew inspiration from 70’s crime thrillers. “We incorporated that same coarse-grained aesthetic for a story aimed at a queer male audience,” Picou explains.

Each episode of Adam in Fragments builds a new picture of Adam. In the premiere, “Crawling Back,” the young man returns to his former life as a sex worker and quickly re-engages with his seedy and often dangerous male clients. In episode two, “Meal Ticket,” viewers are introduced to Lucy and witness the burgeoning relationship between the girl and Adam as they prepare for another night of work. In the third episode, “One Hundred & Fifty,” Adam is set up on a date where he meets a young hustler who opens his eyes to playing the sex trade by different rules. “In Through the Out Door” is the fourth episode in the series; Lucy reveals the abuse she’s endured at the hands of their pimp, Felix, and she and Adam begin planning their escape. In the series finale, “Fear Eats the Soul,” Adam struggles with the price he must pay for a safe and comfortable life.

“Throughout the series, Adam remains enigmatic,” says Brian Sokel, President of Dekkoo who executive produces along with Derek Curl. He selected Adam in Fragments as an exclusive series for Dekkoo. “The moment viewers think they have a handle on him, they realize that they do not. Adam’s ability to maintain his anonymity by never getting too close to johns, pimps, drug dealers, and even viewers, allows him some level of control, and it makes the series a fascinating and almost immersive experience for the audience.”

“Mainstream society will view Adam and the characters in Adam in Fragments as irredeemable, but these veterans of the underground are, in most cases, comfortable in their skin, and together, they form something of a family unit,” Omar Salas Zamora adds. “It is only when a fresh new face comes along, with unattainable dreams and false illusions about life, that chaos ensues. Adam’s mistake is that he allows himself to become emotionally accessible to Lucy.”

“We hope viewers find the humanity in these difficult characters,” Zamora and Picou agree. “They’re not heroes, villains, or victims. They merely exist.”

Filming for Adam in Fragments was done primarily on the streets in downtown Los Angeles.

Adam in Fragments premieres on Dekkoo on November 17, 2022. For more information, visit Dekkoo.com