A PTSD Memoir:  In the Beginning
By David-Elijah Nahmod
© 2015 Diversity Rules Magazine.  All Rights Reserved.
www.diversityrulesmagazine.com 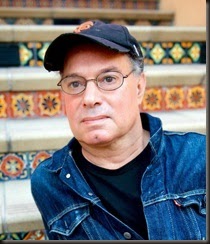 His monthly column appearing in Diversity Rules Magazine has also been published in the South Florida Gay News.  David developed Post Traumatic Syndrome Disorder (PTSD) after surviving gay conversion therapy as a child and has found that many in the LGBT community suffer from severe, often untreated emotional disorders due to the extreme anti-gay traumas they endured.

People have often asked me how I can possibly have PTSD–Post Traumatic Stress Disorder. The condition is often associated with people who’ve served on the front lines in the military, survivors of sexual assault and other forms of violence, and other kinds of extreme trauma. None of those things have ever happended to me. I am fortunate enough to never have been subjected to violence of any kind. Sure, I’ve been in a few minor car accidents here and there, but none of them were in any way life threatening. I walked away from all of them without a scratch.

How then, could I have PTSD? As I tell people, if you could see the storms that have gone on in my head because of what I was subjected to, you wouldn’t ask that question.

I am a survivor of gay conversion therapy. In 1964, when I was eight years old, my parents had me committed to the psych ward at Mount Sinai Hospital in New York City. I was subjected to electro-shock therapy and put on medications like Thorazine. My doctor, Dr. Herbert J. Levowitz, wore a yarmulke at all times and quoted the Torah to me, in Hebrew no less, during our sessions. According to his 2006 obituary, Dr. Levowitz was “a devoted and innovative child psychiatrist”. I often wonder how many other kids were harmed by his backwards and barbaric techniques.

If I ever acted “out of line”, at Mt. Sinai, i.e. behaved like a normal 8 year old, I was wrestled to the ground and shot up with a variety of powerful anti-anxieties–I don’t even know what I was given during those incidents.
When I went into the hospital, I was a happy and imaginative eight year old. When I was released three months later, I was a nervous wreck. I remained a nervous wreck for decades.

Years later I asked my mother why they had put me in that hospital. “We were advised to do so by the Rabbi,” was the reply. In Orthodox Judaism, the Rabbi’s word was law. I often wondered what might have happened if the Rabbi had told them to walk down the street naked with carrots sticking out of their asses. Hey, if the Rabbi tells you to do it…….

For years after that nightmarish hospitalization, I was forced against my will to take powerful medications which were  causing the mental health issues I was told I suffered from. Today it is illegal to give many of those drugs to children, yet throughout the 1960s and into the 1970s, my system was bombarded with them. I remember having an allergic reaction to one of those drugs and temporarily losing part of my eyesight. My full sight returned after I was taken off of that drug, but it was still a terrifying and traumatic experience to my 12 year old self.

Then there were the lectures. I endured endless speeches about how sick I was, how offended God was, and how I was ruining everyone’s lives. These tirades could go on for up to an hour and happened almost daily for years on end. I would often beg in tears for my parents to stop–they would respond by hovering over me, raising their voices and upping the rhetoric. There were periods when I endured several of these each and every day–I can recall times when it began as early as 7AM and continued well into the night. Leaving the house and taking long walks by myself was the only peace I ever enjoyed. Long, solitary walks has remained my solace to this very day.

This was my childhood. By the time I was twenty years old, I was barely functional. For many years I couldn’t make friends, couldn’t hold a job, couldn’t really think clearly.

And yet I was still gay.

When I came out in 1976, there weren’t TV shows like Glee or politicians who supported LGBT equality. Same sex couples couldn’t hold hands on the street. There were no equality laws of any kind. People were free to discriminate against us as they saw fit. I came out into such a world surrounded by gay men and lesbians who had come from similar backgrounds of intolerance and hate. In about five years, the AIDS epidemic would begin, and people around the world would tell us that AIDS was our punishment from God for being who we are.

The gay community that I knew from 1976 onward was a sad collection of lost souls who took their hate for themselves out on each other–people from that generation live that way even today. We all have PTSD. PTSD, according to Web MD and other sources, is caused by extreme trauma. Symptoms include reliving the trauma repeatedly, which can lead to severe depression, psychotic breakdowns, and suicide.

This column will serve as a memoir of my forty year journey of living with, fighting against, and largely overcoming PTSD. I still have my moments, but the symptoms are, for the most part, behind me.

The column will also offer my thoughts and observations about an entire generation of LGBT people were were as traumatized as I was, what it did to them, and what we did to each other as a result.

I will also offer commentary on how the world views and judges us. I am not a mental health care provider, I’m just me.

Welcome to my world.