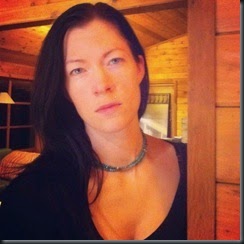 For most of my life, I haven’t put money in savings. When the news talked about holes in the ozone layer, I tuned it out. I went to the beach most days as a teenager during the hot summers of eastern Washington and didn’t bother with sunscreen. When recycling and composting became a big deal, I kept right on using disposable plastic containers and didn’t sort out my trash.

I grew up in the Seventh Day Adventist church in the seventies and eighties, a branch of Christianity that believes as strongly as they did in the 1800’s when the denomination was founded, that the end is near. Unlike the homeless prophets who stand on street corners with signs stating the same message, Seventh Day Adventists view the end with a shining determination, like a marathon runner looking at the track that’s going to extract blood, sweat and tears, feeling exhilaration instead of dread.  It’s a combination of self-righteous belief in an outcome (“We know what’s really going to happen”) and the idea that that knowledge will be some sort of shield for the destruction the last book of the Bible talks about.

Childhood beliefs are slippery creatures. While I may be able to say logically that I don’t believe its possible to know what’s going to happen to an entire planet and when it’s going to happen, the certainty of impermanence feels written in my genetic code. I do recycle now (because it’s mandated) and always wear my sunscreen (because I don’t want any more wrinkles). I put money into savings religiously each week. And yet, when I hear environmentalists talk about preserving the earth for future generations, I feel the supercilious expression I saw on faces each week in church shape my own. My savings account won’t be used for my retirement. I’ll spend it all and begin again next year, just as I always do.

When my daughter goes tanning, I want to tell her she’s being foolish and she really should wear sunscreen. I don’t know if it’s the youthful belief in immortality or the years she sat in church beside me, learning the end was near. I suppose it doesn’t matter.