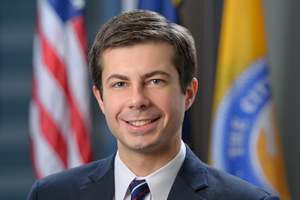 James Schwartz is a poet and author of the poetry collections The Literary Party: Growing Up Gay and Amish in America, Arrival and Departure and Secular, Satirical & Sacred Meditations. He currently resides in Michigan

“The sea has a soft belly, but a hard head.” –Maltese saying

“Mayor Pete” Buttigieg, withdrawing from the DNC Chair race, returns to his city of South Bend, Indiana with the admiration of the Democratic Party, most of the country and his #HappyWarriors. His DNC debate is worth watching.

I reside 45 miles from South Bend, Indiana just across the state line in Michigan and can confirm Mayor Pete is well liked around the Heartland.

In post-Trump America, the Democratic Party is looking ahead to the 2020 election cycle and 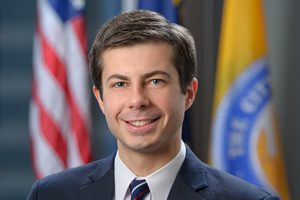 There is that question: ‘How do people advance, especially when we are producing a lot of great emerging Democrats in red states?’ And I suppose the simple answer ― not to say the easy answer ― is to have those states not be so red anymore. I don’t think things are as fixed or predictable as a lot of people think they are. But it is a challenge.” Buttigieg tells Huffington Post.

HuffPost notes during the DNC Chair race, Buttigieg also had the admiration of Barack Obama.

As political commentators compare Buttigieg to a young Barack Obama, Americans agree he is a breath of fresh air in the Party. Consider his Letter from flyover country via Medium.

And as the Democratic Party looks ahead to 2020 they would do well to keep Buttigieg in mind and #PickPete as a contender for several leadership positions including POTUS.

Buttigieg came out as gay and was re-elected Mayor in a red state (Pence’s). If America “is ready” for a gay POTUS only two figures come to my mind: Brian Simms and Buttigieg.

Buttigieg concedes his political future is unknown but his message of keeping it local was a theme in his recent talk at Upfront Summit 2017.

Buttigieg also spoke about the Midwestern fear of deindustrialization.

USA TODAY: THE NEXT DEMOCRATIC LEADER

I was happy to support Mayor Pete’s campaign for DNC Chair and look forward to his future endeavors. Thank you, Neighbor Pete, for bridging divides and inspiring the Democratic Party and Americans in general. We need Buttigieg vision.