“Such an amazing display of the human life and how we are all made of the same fabric.” 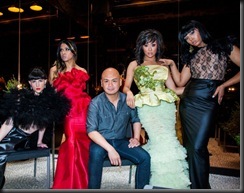 The June feature will be an interview with out filmmaker Cecilio Asuncion.

What’s the T? by out filmmaker Cecilio Asuncion explores the lives of five transgender women as they fight to make their marks on the world. These are the riveting stories of courageous young adults facing adversity head-on in order to achieve their life dreams on their own terms. They are Armani, a nurse at a rehab facility who competes nights in the underground ballroom scene; Vi, a pre-med student; Mia, a former homeless teen elected to a post on the San Francisco Youth Commission and now working toward a career in politics; the boldly independent Nya; and Cassandra, a stage performer with sites to conquer the world. Film production began in 2011 with filmmaker Cecilio Asuncion, who also stars in the film, following the young women for over a year. What’s the T? is currently playing select film festivals throughout the world. 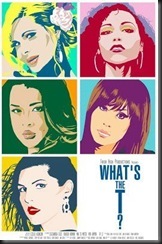 “I first conceived the idea for What’s the T? while watching Anderson Cooper’s daytime television talk show, Anderson Live,” recalls Cecilio Asuncion. The show featured Danann, an eight-year-old classified as gender disordered. The diagnosis came as a relief to the child’s parents, after previous doctors had incorrectly labeled Danann with bipolar disorder, ADHD and dyslexia. “I was aware that several documentaries had already been made on transgender women,” says Asuncion, “but they mostly focused on the transition phase and ended with the gender reaffirmation surgery. None covered what happened after. It got me to thinking, “What’s the T?”.

Asuncion wanted to show Danann, and youth like her, that the world is full of possibility for them and that big dreams are attainable.  The first challenge came with selecting the best subjects for his film. “I met a number of transgender women who were all leading such wonderful lives,” he recalls. “It was difficult to choose among them.”

Cassandra Cass, Nya Ampon, Rakash Armani, Vi Le, and Mia Tu Mutch made the final cut because each could be a positive role model for Danann. The women all debunk the commonly held myth that few options in life are open to trans women as we see them navigating diverse fields including entertainment, politics and even medicine.

Asuncion is quick to point out that the film is not a research project. “One person scolded me on Facebook saying I am not Jane Goodall and trans women are not my gorillas.”

“People are allowed their presumptions,” he says, “but my intention for the film was never to paint a general picture of all the world’s trans women. It is simply to present the lives of five individuals. As a first time film maker, I am very grateful that the ladies all trusted my vision and allowed me to tell their stories.”