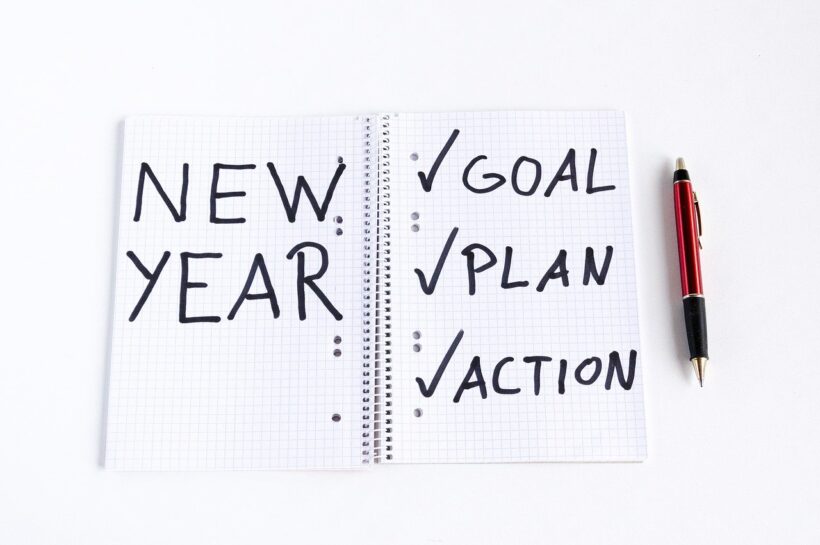 Tony Guadagnino is a marketing consultant. Located in New Jersey, his clients are based across the country, focusing on social media to build their presence on the internet. He studied creative writing in college and is currently working on his first novel on the subject of bullying. He lives with his partner Mark. This month Tony chats about breaking resolutions.

One month of the New Year has passed, and similarly to last year, thousands of people have already broken their New Year’s Resolutions. It seems the more traditional event in January of every year is the breaking of personal promises or accomplishments that each person puts on themselves on the first day of every New Year. I have never made resolutions for myself; instead, I set goals. (By April 1, I will achieve …….). It’s much easier for me to set targets and give myself an ample amount of time to hit them successfully. I have my personal goals set for 2022, and one of them has already been reached.

For those of you who may have already failed your resolutions, I recommend the following (and you may wish to write this down so you don’t forget.) My recommendation is this: START OVER! Do the following:

1) Take the pressured rules you set for yourself and rewrite them as your personal goals;
2) Allot yourself enough time to complete them (a month, three months, six months);
3) Hit the reset button of your life and start again.

I have seen so many people give up after “breaking the resolution.” How many Facebook posts and Twitter messages do you see during this period of the year with people griping about breaking their resolutions, either directly (“Once again, I didn’t stick to my resolution.”) or indirectly (“I just can’t seem to lose any weight,” posted 13 hours after sharing a picture of a slice of chocolate fudge cake, sitting next to a 1 lb. bowl of spaghetti. I have never been a member of either organization, but I’m pretty positive that neither Weight Watchers nor Jenny Craig list spaghetti and chocolate cake on their menus.) How many people make excuses about not having time to work out because they have no time to get to a gym? Gyms are not the only place to get a successful workout. There are lots of at-home workout routines on the internet; find one that works best for you. Last summer, I found a great 30-minute routine on youtube that works for me, done right here in my home with no weights, no medicine balls, no equipment.If you’re starting your own business, don’t give up after one setback; keep trying. Winston Churchill had been quoted as saying, “Success is not final, failure is not fatal: it is the courage to continue that counts.” If you think you’re in the wrong business, don’t stick around “just for the money.” Find what you love and follow through. I used to work in NYC and made a lot of money, but feeling burnt out, I left it and restarted my career (back at the bottom) in something I am extremely passionate about — education. I love crafting the minds of the little kids who are in my class every day and teaching them. The money isn’t the same, but neither is the satisfaction that I carry home every day. (I have a lot more gratitude today.) “Success consists of going from failure to failure without loss of enthusiasm,” Winston Churchill (again). To the resolutions who feel you failed, my advice is this: Don’t give up on your dream, nor should you postpone it for “one day.” Because “one day” is always in the future, and “one day” will never become “today.”

If you broke your resolution in January, set up your more practical goals and re-start it in February. Should you break them a second time, then try again in March. There is no “Resolution Law” which states that “YOU MUST START YOUR ACCOMPLISHMENTS IN JANUARY” and “IF YOU FAIL, YOU HAVE TO WAIT UNTIL NEXT YEAR TO TRY AGAIN.” Excuses Be Gone! Take the power out of a fictitious deadline and put it back into your own hands. Set the goals of what you want to accomplish in 2022, and direct them towards your success. Resolutions don’t work, but achieving your goals will.