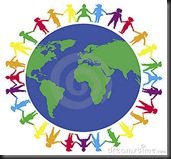 The worldwide LGBT Civil Rights March is fast approaching!  This event has been created by the fastest growing LGBT Equality group around, with members from around the world entitled, “Let’s Reach 1 Million People Campaign… It’s a Start!  LGBT Equality” and can be found at:

Through grassroots movements, civil unrest has created greater equality all over the world. Abolishing slavery, winning voting rights, and making child abuse illegal are just a few of the areas where the power of the people has made enormous strides. The work is not yet done. Lesbian, Gay, Bisexual, Transgender, Questioning/Queer, Intersexed and Asexual (LGBTQIA) identified individuals continue to suffer in ways unfair and in ways unspeakable. From America to Iraq to Uganda, and everywhere in between, LGBTQIA individuals are denied basic Civil Rights and subjected to horrifying atrocities due to their orientation and identities.

This is the generation to change that status quo. Globally, our society is a more diverse and yet a more connected one than history has ever known. In 2011, the United Nations  adopted a position of support of LGBTQIA Rights. The time is now to unite, inspire, celebrate, and honor our differences and lead the world to a better place where all are equal and equally valued. Nowhere is this more clearly seen than in the more than 20,000 individuals and volunteers that have come together, and continue to join, to create the Worldwide Civil Rights March on April 21. Worldwide attendance is a demand for Civil and Human Rights that will not be ignored. The success of this Event will be the success of every LGBTQIA person on the planet. Join together, think globally, and act locally. United strive for equality on Earth.

If you are not able to participate in a march, consider organizing a “flash mob.”  A Flash Mob is a large group of people who gather at a public location to perform a pre-defined action and disperse rapidly after the event has concluded.

Flash Mobs are an internet phenomenon of the 21st century. Although Flash Mobs don’t happen online, they are organized using social media, viral emails, or websites in general.

The organizers set up a website, mailing list, and/or a viral message that provides all necessary instructions for potential participants. This of course includes the date, time, and meeting point in the real world, as well as the action to perform.

For information about events and volunteering in your area, email the Worldwide Civil Rights March at [email protected] listing your general location as the subject line.

For more detalied information on the Worldwide Civil Rights March for Equality go to the following website: