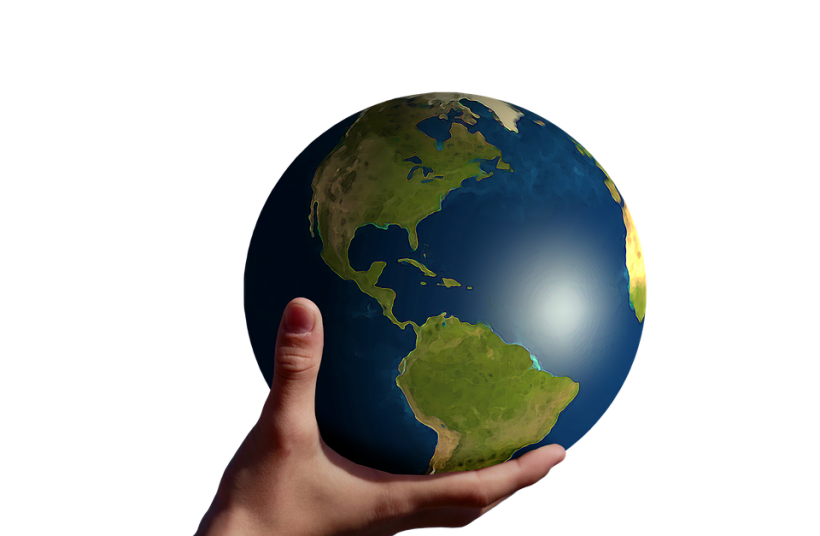 Given the dire political environment in which we live at the moment, the reality can never be any clearer that the health and well-being of our world and its people are in our hands. Not only in the hands of our political leaders but more importantly, in our own hands. The fate and destiny of our world as we know it is directly related to how much each person individually takes an interest and becomes active in safeguarding Mother Earth for generations of humans to come after us. We must not fail them. We cannot fail them.

The current administration in Washington, D.C. is not one that is concerned about its own citizens, let alone those of the entire world. The degree of fear and frustration around the globe has risen to heights we have never seen in our lifetimes because of this menace who governs us. This administration is inflicting untold harm not only on the safety and security of the world’s inhabitants but is directly jeopardizing the future viability of our planet Earth upon which we live.

It is with this backdrop of a very volatile and precarious environment in which we live, that I have been thinking a great deal about Diversity Rules Magazine and its place in my life and in the larger scheme of life. As I have gotten older, I am discovering I am being driven toward a life’s purpose that was probably unfathomable years ago. I always saw myself being immersed in a life of queer advocacy, with any professional pursuit being germane to that theme. Over the last few years, however, I have slowly come to the realization that that is not the case any longer, with this realization becoming much more pronounced over the last month or so.

Diversity Rules Magazine sprung to life back in 2006 because there was no real queer publication in the region of New York State where I lived, and where I still live. So I decided to start a local publication to let folks know that they were not alone and that there was an organization of people that could help queer folks deal with the challenges surrounding their sexual and/or gender identities.

Over the ensuing months, the magazine was being distributed to venues all over New York State. It had become the most widely distributed publication serving the queer population. I cannot express the humbling pride I had knowing that something I had produced was being read all over the state and beyond, helping people suffering silently, cope with themselves. My goal always had been and still is, to be a venue to help others become who they should be and were meant to be.

Diversity Rules Magazine’s mission has always been much like the visions of the great men and women before us who effected change in our lives for the better. Diversity Rules attempts to facilitate changes in the way people perceive the gay community. It gives voice to LGBTQ folks, their friends, and supporters.

Through the years since its inception, Diversity Rules Magazine, through the voice of yours truly, has fought alongside millions of our queer compatriots in the battle for equality as well as enlightened folks about what being gay means. Marriage equality was a long, and hard fought battle but compassion and acceptance won out with the Supreme Court ruling legalizing same-sex marriage throughout the entire nation. That victory, however, left us with a slew of other challenges that need to be overcome such as transgender equality and is one of the last battlegrounds where full and unfettered equality has yet to be achieved.

These major issues aside, there have always been philosophical arguments being hashed out in universities across the country, and within our network of LGBTQ advocacy groups and other venues. One of the more visible discussions is that related to our acronym, and who should be represented in it with a letter. To many, a letter seems to be a way to achieve validation, but really, validation comes from within oneself and not with a letter in an alphabet stew of letters.

Unfortunately, the gay rights movement has become a sanitized version of that which prevailed in the earlier days since Stonewall. It is increasingly becoming a microcosm of the political correct playground in which society operates now where people are so easily offended at the slightest things. The politically correct environment in which we now live has stymied the level of enthusiasm to be active participants in our community. It has unfortunately veered people away toward the shadows of ambivalence.

Personally, I have grown tired of the incessant bickering amongst those in our community who feel the need to mock others and condemn them for not being politically correct enough or for their failure to understand the need to coddle every special interest within and outside the rainbow tent. This combined with some other trends in our community has made me weary and tired of it all. We are all about individuality and respecting that individuality. I have begun to see some level of disrespect for those who do not agree with the established, politically correct queer elders and leaders.

Additionally, there seems to be a sense that everyone should conform to a set of pre-determined standards by which to express themselves. There are those who speak their truth without reservation in more forceful ways with some degree of disregard for the political correctness that swirls about us. Then there are those who conform and operate within that paradigm of pre-determined standards. Either way is fine! Being an individual means to be able to say and do what one wishes with the caveat that there are consequences for those actions.

While I will always commit myself to equality and equal opportunity, I can honestly say, at this point in my life, it is not my life’s calling. I would much rather help people empower themselves, and assist in the exploration of their inner essence beyond their sexual and gender identity and help propel them on a path to understanding who they are and why they are here in this current Earthly manifestation. My desire is to assist queer folks in realizing their truths as the individuals they are, not guided by artificial restrictions placed upon them by a society that may deem them and their thoughts as “unacceptable” and not in conformance with the opinions of others.

I certainly realize there may be some differences of opinion with what has been stated here, and some will take offense. I would like to state unequivocally that I in no way, shape or form, disparaging the efforts of those still grounded in the more traditional paradigm of queer advocacy. I still wholeheartedly support those efforts and stand unified with my queer compatriots. My focus and passion, however, lie elsewhere, and I must pursue the calling which has been set before me.

With that said, it is my intent to begin to transform Diversity Rules Magazine into a vehicle by which to appeal to those who seek something more than the traditional advocacy, while preserving its focus on all things queer. One’s inner essence is driven by their sexual and gender identity. It is my intent to begin to mold the publication into something that honors ones sexual and gender identity but yet takes it beyond that to a better understanding of one’s life purpose and in the process make the world a better place for us all, since the world truly is in our hands. It is our responsibility to preserve our planet for future generations. This transformation will be a slow progression but one that should be noticeable in the coming months, beginning with this current issue with this announcement of a major paradigm shift for Diversity Rules Magazine.

I know there are many of my queer brothers and sisters like me that have embarked on paths of enlightenment to discover self-truths hidden deep inside our subconscious. Many of us have become bored and feel stagnant discussing ad nauseam the current issues being bantered about grounded in self-interest and self-validation. These discussions come at the expense of moving forward toward discovering the truth of who we really are and our purpose in this current Earthly manifestation in the context of sexual orientation and/or gender identity. Who better is there to change the dynamic of the world, than LGBTQ folks and others who, for the most part, understand what it means to be disenfranchised, persecuted and denied basic human rights in a world that has become much less friendly.

What path Diversity Rules Magazine will take has yet to be fleshed out, but its mission will be focused more on self-revelation and exploration through queer eyes. It will certainly be a departure from its current orientation grounded in the more prevalent and generally accepted paradigm in which the queer community currently functions. It should certainly be an interesting evolution and one which I am embracing fully with new excitement and passion for what Diversity Rules can be.

Thank you all for your continued support of the mission of Diversity Rules. However, as is the case in life generally, one’s passions change, but still, are grounded in what one holds as truth. My truth is that I am a queer individual on a larger journey of enlightenment to make the world a better place for all. Diversity Rules will begin to reflect that truth soon enough.