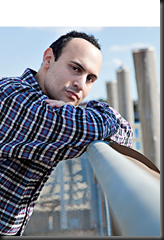 Lovari, born and raised in New York, reached #1 on both the iTunes and Amazon R&B New Releases Chart in December of 2012 with the single “Still In Love”, from his album “No Holding Back”, featuring production from J. Staffz (Wiz Khalifa, G Unit), Infinite, and Grammy Award nominee Kaydean Phillips. “No Holding Back” has been certified a Silver Award on DatPiff.Com for over 25,000 downloads. It is the followup to his award winning album “The Statement”. Lovari was featured on the front cover of Get Out Magazine in 2012 and preceded his album release with performances at Jacob Javits Center in NYC and Bronx’s Crotona Park Stage.

The “No Holding Back” album was released in the summer of 2012. The preview single and music video “Foolish Beat” was featured on PerezHilton.Com and the lead single “Keep It Movin’” (feat. Loco Ninja) reached Amazon.Com’s Top 40 R&B Singles Chart and Top 30 Digital DJ U.S. R&B Chart. The most recent single “Still In Love (Duet w/ Anny Jules) reached #1 on iTunes and Amazon R&B New Releases Chart and is currently climbing various U.S. charts.

Lovari is also a SAG-AFTRA actor, appearing in the films “Salt” (w/ Angelina Jolie) and the NYIIFVF Award Winning short film “Shore Thing”, which he also co-directed. For three consecutive seasons, Lovari has appeared sporadically on the television series “Law & Order: SVU” as one of the precinct detectives. Production began on the film “The Agent” in the summer of 2013, in which he will co-star.

Lovari, the recording artist who has reached over 1 million views on VEVO with his song “Still In Love,” and hit #1 on both the iTunes and Amazon New Releases R&B Chart, has just released a new dance/pop single “Take It To The Top,” featuring Robey, star of the Emmy nominated horror / suspense 80s & 90s TV hit, “Friday The 13th: The Series,” which is currently in syndication on Chiller TV network.

“Take It To The Top” is produced by Infinite, from the album “No Holding Back” (Sound Patrol Records), which 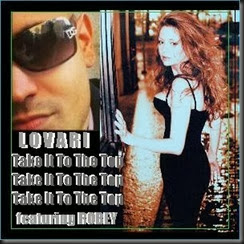 reached the Top 100 iTunes Pop Chart and received a 4 star review from Yahoo Voices’ Justin Samuels. The single is currently going for adds on various FM, internet, and social media sites, and is currently available on various digital media outlets, including iTunes, Amazon, SoundCloud, and MTV.Com.

The various links to listen, stream, download, and purchase are listed below: