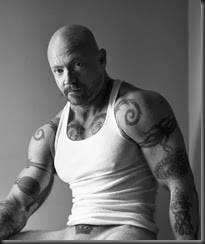 RE:  Your movie series “Sexing the Transman” has become a worldwide hit. Winning awards and film festival prizes all over the world (Including a few Raven’s Eden Awards). How has this recognition helped the Trans* community?

BA: WOW I know it’s just been crazy. I would have never thought it would be so big. Of course I am super excited that it has taken off and that I am on Volume 4 already.  The trans* community has a love/hate relationship with me. This is because I push so many boundaries and I think that community tends to be a bit more boxed in and they read into my stuff sometimes as being a negative representation of the trans community. What part of the community doesn’t understand is that these are individuals telling their own stories of transition. This is a good thing as we are all individuals. But that said I also have a large positive following of trans people.

RE:  You are more than an adult entertainment star. You are also a filmmaker,educator,and inspirational speaker. What has been the biggest moment of your career so far?

BA: I would have a hard time just picking one really. There have been some awesome moments in my career. Winning lots of awards for my work, A ravens award, AVN award, feminist award, speaking at Idea City in Toronto, having a sculpture done by British artist Marc Quinn, speaking at YALE. It’s been so amazing for me and I feel so much gratitude for all I have been able to do and bring to this industry.

RE: This last question is on behalf of all the youth out there struggling with accepting who they are. What words of advice would you give them?

BA: It breaks my heart that there are still so many young people struggling today. I would say to them that the things that are happening to you today will eventually help to make you a stronger person. Don’t give up. Trust me I was there. I survived and I became somebody. Learn to love yourself first then everything else will follow.