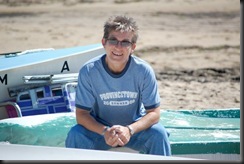 Lynette Mae writes lesbian fiction because she wants to tell her story—our stories—authentically. She doesn’t want to ignore the totality of experiences as lesbians. She does not mean to disparage, but let’s remember that as women, there are different experiences even from that of gay men. The human condition is universal in many ways, but to deeply grasp the emotion and experience of any human, one cannot edit out sexuality. Humans are the only species whose sexuality is inextricably tied to emotion, and this is especially true for women. Lynette wants to write great stories with lesbian heroines who are strong, capable, sensitive, and yes, sexual. She can’t find those positive representations of herself, or lesbians in general out in the mainstream, straight, fiction world. Therefore, she chooses to write those stories. For her, she is not writing lesfic as some lead-up to hitting it big in the mainstream world. Unless the mainstream world is ready to accept unabashed, fully developed lesbian characters. She prays that day arrives. Until then, she is proud to wear the label: “Lesbian Author.”

She grew up in Pennsylvania, the third of six children. She enlisted in the army at nineteen, and after an honorable discharge, found herself in Florida pursuing her dream of a law enforcement career. Although completely challenging and satisfying, being a cop only fueled her true passion: Writing. Her life’s rich experiences provide endless ideas for stories and characters that are born out of the truly fascinating places she has gone and people she has met along the way. When she is not working or writing, she can be found running, weight training, or any number of physical pursuits. For quieter time, she’ll be curled up with a book, or just enjoying the day with her wife and dogs. 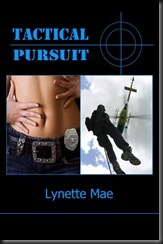 action thriller. As a police corporal and SWAT officer, Devon serves her community with distinction, while struggling to escape the nightmares of her military service. Unexpectedly, her job also leads Devon to the woman of her dreams, and Devon dreams of a future with Jessie. But fate has other ideas. Devon’s past and present collide when the prime suspect in a series of crimes is revealed to have a sinister connection to a nemesis from her army days. This time around, the threat couldn’t be greater, with an adversary who will stop at nothing to destroy everything Devon holds dear. Devon and Mac race to unravel the investigation and hunt down a killer before it’s too late.

For more information about Lynette, her published works and how to contact her: