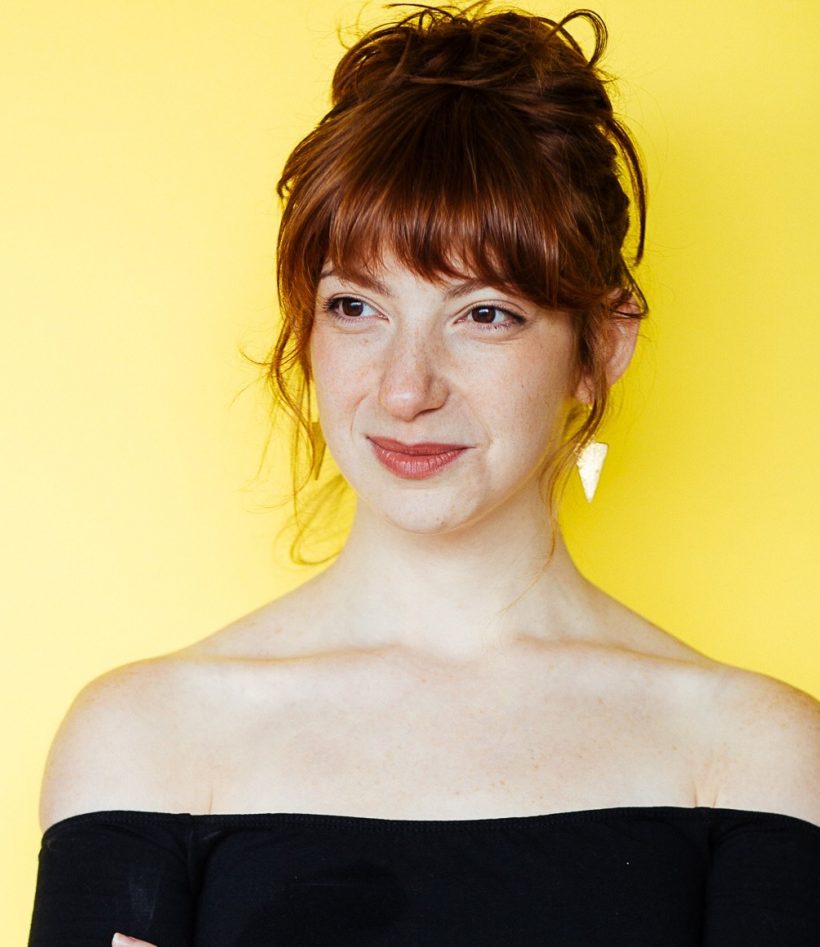 A new, limited run off-Broadway show brings a daring production of Romeo/Juliet, asking the question: what is honest love versus what are societal expectations? Produced by Laura Elliott, Romeo/Juliet will be performed at Metro Baptist Church (410 W 40th St, New York, NY between 9th and 10th avenue, closest subway 42nd Street Port Authority Station). The production, directed by Sharone Halevy, is a new adaptation by Hailey Bachrach and Matt Minnicino. Performances will play August 24th-September 9th 2018, Friday through Sunday at 7:30 pm. Runtime is approximately 90 minutes no intermission, with a pre-show as patrons enter beginning a half hour prior to curtain. Ticket prices for Romeo/Juliet are $20 online and $25 at the door. Tickets are available online at https://romeoslashjuliet.brownpapertickets.com.

A loving recalibration of Shakespeare’s eternal classic, Romeo/Juliet puts front and center the pratfalls, perils, pressures, pleasures, and pains of growing up — into our bodies, our beliefs, and our sexuality. Seen wholly through the eyes of its star-crossed lovers, it whittles Shakespeare’s text into a tender and tragic celebration of youth, and an exploration of how we define desire in a world bound by chains of faith, family, media, and privilege. Romeo/Juliet asks what we honor most – where we came from, or who we are.

“Love can be scary and idealized,” says director Sharone Halevy. “In doing Romeo/Juliet, we’re looking at what is love versus expectations. In today’s world where there is so much fear and misunderstanding in what it means to be in anything but a cisgendered heterosexual relationship, I want to tell a story that we all think we know, through a new lens that may open someone’s eyes to something they haven’t thought about.”

Halevy and her cast explore the dynamics of love, duty, and gender not only through the title lovers but through the other supporting characters as well. “It’s been such an open and incredibly honest rehearsal process with the cast,” Halevy says. “Suddenly we have a play about identity, sexual identity, desire, a more relatable life/death path for young lovers, faith, and fear, and what it means to be a part of a family.”

Sharone Halevy is a NYC based director, teacher, and painter who has worked all over New York; from Chekhov to developing new works- she has worked for theater companies like INTAR, Crashbox, Distilled Theater Co., WAT Project, Playwright Horizons Theater School, Exquisite Corpse Company, NYU: Atlantic Theater Company Conservatory, The York, NYMF, Musical Theater Factory, Rockwood Music Hall, Atlantic Farm Team, and more. She has also assistant directed at the Roundabout Theater Company, Waterwell Inc., The Atlantic Theater Company, and the Public. She currently teaches at Playwrights Horizons: NYU as well as the Professional Performing Arts High School, and other institutions. She is so thrilled and honored to work with this beautiful cast/crew bringing this production of Romeo/Juliet to life.