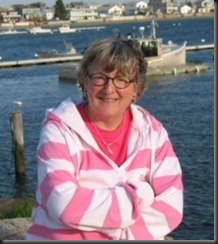 Rachael was born and raised in NY ‘s Fingerlakes region. She published her first poem at age 14 under the guidance of a talented English teacher. As an adult she has published in numerous journals over the years and have won 8 poetry prizes among them first place National League of American Penwomen 2006 and 2008. Her first chapbook “Slide-show in the Woods” (Foothills Publishing)  was published August ‘08.  Her second chapbook “Transplanted” was published in 2010 (Finishing Line Press). In 2012, Rachael completed her third chapbook, Renovations, published by Foothills Publishing.

She attended the Colgate Writers conference 2007, 2008, and 2010 for young adult fiction mss “Tales From the Edge of the Woods”. Won 3rd place 2010 in the Rebecca Eddy fiction competition. She was included in Syracuse University’s first Poster Project top ten haiku collection 12/10.

Renovations is a fictitious memoir in poetic form about a woman of indeterminate age who is trapped in an abusive marriage to a man. She finds her way out of it, to healing and home. In the process she also comes out as a gay woman, first, to herself, and then to her friends and family. Ultimately, though the book is graphic in places because abuse is never okay, she finds love with a good woman and thus, she finds her way home.