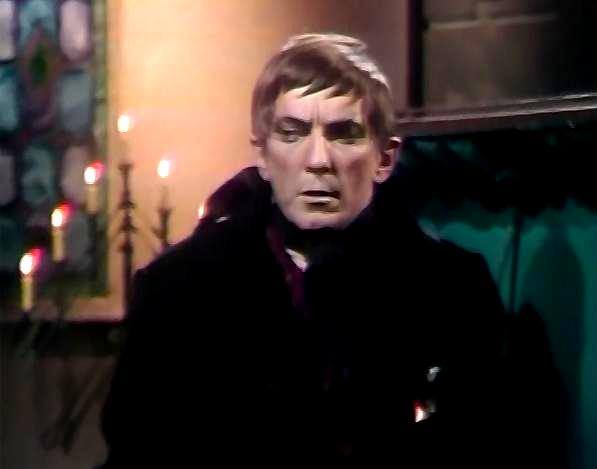 avid-Elijah Nahmod is a film critic and reporter in San Francisco. His articles appear regularly in The Bay Area Reporter and SF Weekly. You can also find him on Facebook and Twitter.

Another Night of Terror in the House of Dark Shadows

Dark storm clouds gathered over the great house of Collinwood. Darker still were the spirits of those who stood on the outside looking in…….

On August 15 2016 I received an irate, accusatory email from a woman I’ve never met nor spoken to. She and I had been Facebook friends, but I ended our online friendship in 2010. I walked away from her, expecting to never look back. Six years later she has yet to let me go–to date more than three dozen people have told me that they were contacted by her regarding me.

“I noticed you were Facebook friends with David,” was the gist of her messages to others. “It wouldn’t be in your best interests if it became know that you associated with him.”

And how does she “know” who I’m Facebook friends with since I blocked her six years ago? Obviously she’s “monitoring” me under a false identity.

The woman in question claims to have been a “close friend” of Jonathan Frid (1924-2012), a classically trained Shakespearean actor best known for playing the vampire Barnabas Collins on the 1960s TV series Dark Shadows. She now spends her whole life “protecting” Mr. Frid’s legacy from evildoers like me who dare to speak the truth: Jonathan Frid was a gay man.

In her lengthy, rambling tirade of August 15, Mr. Frid’s “close friend” claimed that I hacked into her Facebook account and posted a fake obituary announcing her death in a car accident. She also gloated about all the “backlash” I was going to endure from within the sphere of Dark Shadows fandom, a world I walked away from some years ago due to the extreme levels of bullying and vicious personal attacks against not only LGBT people, but against people with physical and mental disabilities. The promoters of the Dark Shadows Festivals, the annual fan gatherings, have gone out of their way to support the perpetrators, several of whom are on the Festivals staff. In their world, the behavior of Mr. Frid’s “best friend” is considered acceptable, but if I ask that she stop, as I did in 2014, then I’m said to be “unstable”.

These are not children. Mr. Frid’s “friend” is nearly sixty years old. In today’s society, the worst bullies are middle aged adults. I shudder to think of the example they set for our kids.

The day after sending me that email, Mr. Frid’s “friend” contacted a personal, offline friend of mine specifically to discuss me. That friend, who still goes to the Dark Shadows Festivals and was physically assaulted at the most recent event, has given me a signed statement to give to the police. Yes, the police.

After enduring hundreds of incidents of stalking and bullying, as well as receiving several written threats which stated that my employers would be contacted, I’ve decided to escalate this into a police matter. Her behavior is inflaming my PTSD symptoms–Mr. Frid’s “friend” is posing a serious risk to my health and must be stopped.

In 2014 I tried to get a restraining order against her, but in a broken court system where facts and documentation mean little, I was all but laughed out of court–even though I was holding her many threatening emails in my hand during the hearing. Even though my doctor recommended in writing, out of concern for my health, that the request for an Order of Protection be granted. Our judicial system has become a sad joke.

Perhaps the police can get this done for me–I have a number of press contacts at the San Francisco Police Department who’ve begun to advise me.

This isn’t the first time I’ve written about Dark Shadows fandom in this column. I had hoped that the last time I did would indeed be the last. I stopped attending these events many years ago and have no interest in returning. There are days when I regret that I ever watched the damn show at all.

So what does the conduct of the Dark Shadows fan base say about the state of American mental health? What can be said about a motley collection of middle aged adults who go on vindictive rampages against each other not over religious or political disagreements but over who’s the more “loyal” fan of a fifty year old TV show or who’s this actor or that actor’s “best friend”?

How can we reasonably expect Israel/Palestine, or North Korea/South Korea, or communities of color/the police to coexist with any semblance of harmony if people can’t even get together to watch a TV show without lunging at each other’s throats like rabid dogs?

There is something deeply and profoundly wrong not only with Dark Shadows fandom but with the United States as a whole. We are having a mass mental health crisis which is being ignored. Collectively as a people, we need therapy. We need healing.

Nothing underscores this to me more than the behavior I’ve seen–and continue to see–in Dark Shadows fandom, a world I wish I had never been a part of.