“Love Is God” To Be Released January 14th

The Return of The Jinkx & DeLa Holiday Show, LIVE! 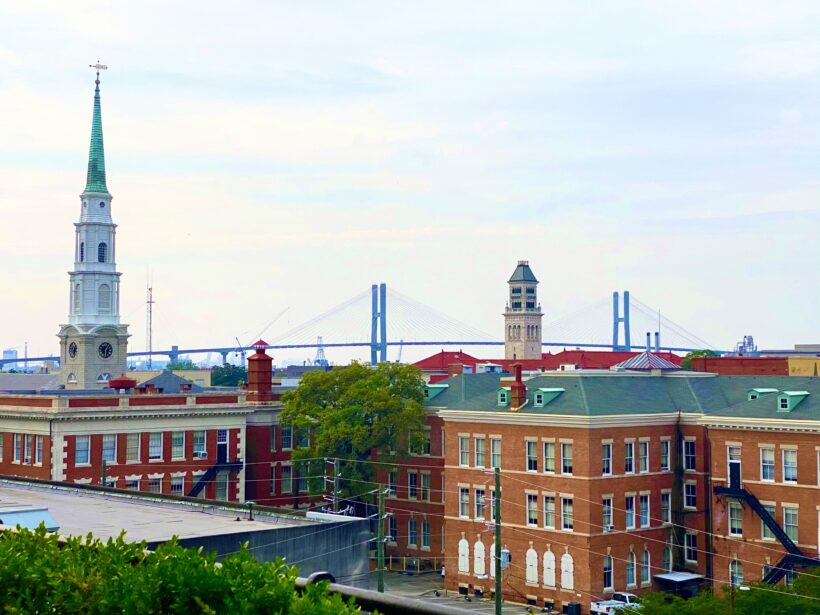 Taking a trip to Savannah is like taking a journey back in time. Even the airport is designed with architectural elements in mind that make it clear to guests that they are in for a unique experience.

Savannah is a city of squares. Designed in the 1700s, the city contains 22 squares, most of which are named in honor of a person or historical event, and many contain monuments, memorials, or statues in the center. One can spend an entire day strolling around the city squares, admiring the stunning landscape and foliage.

I would highly recommend spending your first day in Savannah on foot rather than jumping on a packed trolley filled with tourists. You’ll get a better lay of the land if you discover the city on your own at first. There are many walking tours that operate during the day as well as at night which can provide you with a boatload of historical data and in some cases, you can learn about Savannah’s haunted past.

Savannah has been called the most haunted city in the country for good reason. The city has been the site of war, disease, fire, murder, and slavery. According to one source, a French ship called Grietely arrived in Savannah in 1854 to pick up 71 escaped slaves. The ship sank while exiting the Savannah Harbor and many sailors say they feel a force pulling them off course and hear voices speaking in French and Bantu even today.

There are dozens of stories like this so if you are looking to go on a ghost hunt during your stay, join a Haunted Savannah Walking Tour from 6th Sense World – a woman-owned business that prides itself as being Savannah’s original ghost tour company. The nighttime tour visits multiple haunted areas of the city including the famed Mercer House.

Wake up bright and early the next morning and catch a glimpse of the sunrise along the riverfront in the Plant Riverside District, home to numerous restaurants, boutiques, and art galleries. One block south on East Bay Street lies B. Matthew’s Eatery, a two-story restaurant that serves up some of the best brunches in the city. Since I was planning on walking a lot during my stay, I ordered the Fried Green Tomato & Crab Cake Benny, a delicious fried green tomato coupled with a blue crab cake, poached egg, mixed greens, and goat cheese served over a homemade buttermilk biscuit and topped with mornay sauce. Calories don’t count when you’re on vacation!

If you feel like you need a bit more exercise than walking, the fitness center at the Perry Lane Hotel is probably one of the largest and nicest hotel gyms I’ve ever seen. After your workout, head up to the rooftop for a stunning view of the city. The hotel consists of two buildings, the north building houses the rooftop bar and pool, while the south tower has a rooftop event space. Grab some complimentary champagne from the hotel lobby and head to the top floor for the most amazing views of Savannah.

Before heading out on your next adventure, swing by The Emporium Kitchen & Wine Market located on the ground floor of the north tower and order the Crispy Brussels Sprouts with chili bacon jam…you’ll thank me later.

There really is a surprise around every corner in Savannah and one such surprise is a wonderful boutique called Frieze. Bailey, the store dog, greets customers when they walk in and is quite possibly the most well-behaved dog ever. The store contains a variety of exotic treasures from around the world hand-selected by the owner, which are perfect for your home or a gift for that special person.

History buffs will enjoy the American Prohibition Museum which sits just outside of Ellis Square. The 6,000 square foot building contains 13 different galleries, four vintage cars, and a functioning speakeasy. The 18th amendment to our Constitution was passed in 1919, prohibiting the sale, transportation, and consumption of alcohol, so of course, people tried to find a way around this law, leading to the rise of organized crime, as gangsters began to form well-organized and profitable bootlegging operations. The museum shines a spotlight on this era paying tribute to the good, the bad, and the ugly.

Art enthusiasts should swing by the SCAD Museum of Art, a contemporary art museum featuring the works of internationally renowned and emerging artists. The museum serves as a source of inspiration for the students of the Savannah College of Art & Design, which has grown to encompass multiple locations throughout the city and an enrollment of almost 15,000 students, many of which travel here from other countries to attend the institution.

With a student population that large, the city boasts a decent LGBTQ community despite the number of nightlife options. Club One, the city’s only official gay club offers daily entertainment ranging from Drag Bingo on Monday evening to karaoke and full drag performances in their showroom every Friday and Saturday night. The club was home to world-renowned transgender performer The Lady Chablis, who was known as the ‘Grand Empress’ of the club. Chablis was a superstar in her own right, playing herself in the Clint Eastwood-directed movie adaptation of Midnight in the Garden of Good and Evil, starring Kevin Spacey and John Cusack. Although Chablis passed away in 2016, Club One honors the icon every week with performances the bear her name.

Whether you are looking for great food, culture, history, paranormal activity, or a little bit of everything, Savannah is a great destination to explore.