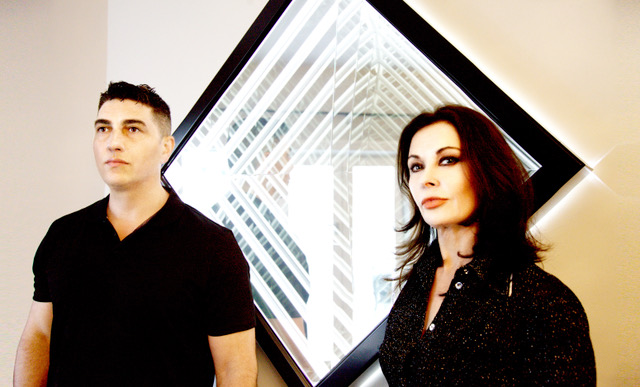 The Australian electronic pop band, Parralox, fronted by out singer John von Ahlen continues its mission to champion the synthesized wave pop sound of Depeche Mode, The Human League, Erasure, New Order, Pet Shop Boys and the spirit of Madonna in her 80s Day-Glo era with its ninth studio album, Genesis, out now. “Everything we do is informed from a blend of 80’s music and current dance beats, specifically progressive house,” explains von Ahlen. The album’s forthcoming single release is “Tears of Faith,” a down-tempo electronic dance arrangement featuring vocals by Jane Badler. The song is about broken relationships, the hope for reconciliation and the need for humanity to be kinder to one other, as well as to ourselves. Produced by John von Ahlen, Parralox’s new album, Genesis and its first single, “Tears of Faith feat. Jane Badler” is available on Apple Music, Amazon, Spotify, and all digital platforms now. An album preview is on YouTube.

“Pop music can be quite vacuous and so it’s always a challenge to write songs that have meaning and substance,” continues von Ahlen from his Australian home. “It isn’t about changing the world, although sometimes it can be. Pop’s about spreading something positive, inspiring people, taking them on a journey and elevating them somehow.”

Genesis follows the band’s previous album, Subculture. According to von Ahlen, the album represents growth for the band. “Genesis is more 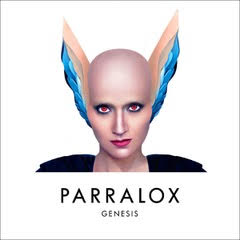 mature than anything we’ve ever produced, especially in terms of its songwriting,” he contends. “When the band first started, we borrowed a lot from the 80s. We still do today but to a much lesser extent. We’re finding more of our own style and exhibiting our own unique perspective.”

The band has experienced several shake-ups through its history — several singers have come and gone — but the lineup has been pretty stable for the last six years. It currently features female vocalists Johanna Gervin and Louise Love and Bass Guitarist Ian Burden (formerly of The Human League). John von Ahlen is the band’s lead vocalist; something that still surprises him.

“I never wanted to be a pop singer,” he admits. “I still don’t! I totally fell into it ass-backward.”

For years, John von Ahlen was simply a music producer, specializing in production and engineering for other artists. He was making excellent money, but it got to a point where he felt trapped in a soulless job. Anxious to make music for himself, he launched The Tenth Stage, a very dark, gothic and theatrical band with an electronic element. It wasn’t enough. He had pop music inside of him, and it needed to be heard.

In 2007, he collaborated with vocalist Rowena “Roxy” Martin on a new track he had written, “I Fell in Love with a Drum Machine.” The song was a hit and led to the duo recording their first album together, Electricity. It included the single, “Sharper Than a Knife,” heralded by Hollywood gossip columnist Perez Hilton.

What started as a joke on a dare, was transformed into something very serious. “I work seven days a week on Parralox,” von Ahlen reveals. “When we’re not in the studio, I’m working on the website — a massive job — and social media, which can be so tedious but it has to be done.”

Like anything important in life, there are no shortcuts. Maintaining a band like Parralox is grueling work and requires maximum faith in yourself and the people you work with. “Don’t get me wrong, the band has made its share of mistakes, but we keep pushing on,” von Ahlen says. “All the time, I hear from musicians, ‘you gotta be committed, you can never give up’ and so many other cliché phrases like it. I almost want to rip my eyeballs out, but you know what? It really is true.”