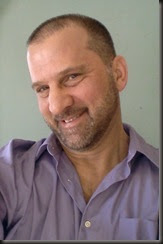 Welcome to the February issue of Diversity Rules Magazine.  Happy Valentines Day to you all that celebrate the Hallmark holiday!

This month’s issue is an amazing one and is filled with great stuff.  I am most excited about our feature cover interview with Lucien Greaves.  Lucien is the co-founder of and spokesman for The Satanic Temple.

The Satanic Temple recently took the religious right to task when it challenged a School Board decision in Orange County, Florida that allowed for the dissemination of religious materials in public schools stating it also had the right to distribute its material to students as well. Resulting from the Satanic Temple’s efforts, the school board decided to not allow distribution of any religious based materials, thus upholding the cherished separation of church and state.

Diversity Rules Magazine commends the efforts of The Satanic Temple. While the Temple’s efforts were geared toward the distribution of religious based materials, its effort clearly sent a message that there are groups that will fight against discrimination in any form whether it be religious material or not serving gay people in a public establishment.

There are some that most likely won’t even read Lucien’s interview because of the organization that he co-founded and is the spokesman for.  All I ask is that you keep an open mind and read it.  You may well find that there is something in the interview with which you will agree!

In addition to Lucien there are book and movie reviews, Donny Winters’ column “Remedies,” as well as a lot of other great information.  I hope you enjoy this month’s issue and spread the word about Diversity Rules Magazine.

Have a great February and we’ll see you next month!