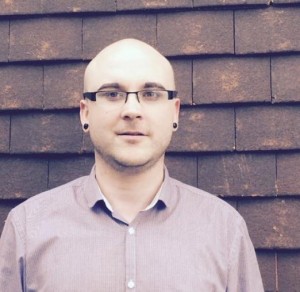 Daniel Woolmer is the Marketing and PR Manager at WareHouseDating.com. Managing niche dating sites which helps people find their forever Mr or Mrs Right now. Business and dating blogger who works on The SWExperts, he brings an open-minded flare and unique individual style to the business/dating scene. A passionate activist for LGBT equality, human and animal rights along with rescuing abandoned reptiles.

Sixty years ago it would have been insane to even think of encouraging LGBT relationships, let alone legalizing same sex marriage, but guess what? It’s happening and it’s about time!! Imagine, after years of being bullied and discriminated against by those whose small minds couldn’t comprehend your awesomeness, you are finally getting the rights that you should have received the second that you came into this world. However, there is a problem, after so long of abiding by the characteristics that society expected of you, you have no idea where to even start looking for a meaningful relationship. That’s where LoveWinsDating comes in. With us you don’t have to conform to anyone else’s idea of how you should act or who you should be with. You get to make that choice, you, I mean the very fact that you signed up to the site proves that you want something more than a quick fling.

Going on dates with strangers is nothing new, think back to singles ads in newspapers. The only difference is now we have hook up opportunities in abundance thanks to apps that specialize on hook ups. And while apps do what they can to limit the amount of criminal activity on the platforms, this is why Lovewins is not on app form, but it is mobile responsive.

LoveWinsdating.com was launched July 2015 and is an international LGBT online dating website for the

community to find love, marriage and that forever partner. The site is promoted as a love, dating and relationship site which is made very clear from the first moment when people are signing up, this is not a hook-up forum. Currently the service is available in the UK, Ireland, USA, Canada, South Africa, New Zealand and Australia. People have been flooding to the site to join and the following is growing rapidly. The site is changing the way the world thinks of the LGBT dating scene by moving away from the hook-up sites that have become main stream and helping people reap the benefits of marriage equality around the world, that in itself separates Lovewins from the other sites where people are going to just hook-up. While we do have a mobile version of the site, it is not an app. This is just one of the many ways we differ from hook-up sites.

The primary aim of creating Lovewins as a relationship site rather than a hook up site is so as to combat the baseless stereotype that all homosexuals are promiscuous flirts that are unable to maintain a healthy relationship with a partner. This site was created to disprove this opinion and encourage those who have been molded into the very person that they tried to avoid, to find a long term partner and have a fulfilling relationship. Now that same-sex marriage has been recognized and legalized in countries all over the world, there has never been a better time to encourage long term LGBT relationships and that is exactly what Lovewins is trying to do.

CHECK OUT THIS EXCITING OFFER!

Love Wins Dating has partnered with Diversity Rules Magazine!  When you subscribe to the I-Folds Digital Version of Diversity Rules Magazine (found at www.ifoldsflip.com/t/8558-diversity-rules-magazine),  you will get 50% off all of LoveWinsDating exclusive memberships.  When your subscription is paid and verified a discount code will be sent via e-mail for you to use when signing up at LoveWinsDating.com!