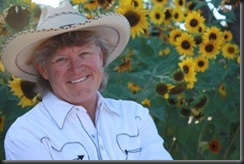 A consummate business woman and visionary lesbian entrepreneur, Kathy Wolfe is best known as the founder and CEO of Wolfe, a company she established in 1985 to serve the needs of lesbian and gay audiences looking for films that spoke to their own lives. Wolfe has grown to include Wolfe Video, Wolfe Releasing and WolfeOnDemand.com and Kathy continues to pursue her vision of serving audiences across the globe.

As CEO of Lesbian.com Kathy continues her commitment to empowering the lesbian community and creating the best possible online experience for lesbians everywhere.

Kathy has been honored for her work by many organizations over the years. She was recognized by the National Organization for Women as a recipient of its “Excellence in Media Award,” by Forbes Magazine as an “Up and Comer,” and by The Advocate as a “Hollywood Star Player.” Additional honors include: San Francisco International LGBT Film Festival with the “Frameline Award,” the Philadelphia Cinema Alliance’s “Barbara Gittings Award” and the National Center for Lesbian Rights “Community Partner Award.” In her spare time, Kathy is an avid restorer of historic buildings, an adventurous traveler and a collector of vintage travel trailers. In an effort to unite and empower lesbians worldwide, a group of Bay Area lesbian entrepreneurs purchased Lesbian.com from current owner Sue Beckwith in a six-figure transaction that ensures the site will remain owned and operated by the community it serves.

“Lesbians all over the world can look forward to a new era of access and empowerment,” said Lesbian.com co-founder and chief executive officer Kathy Wolfe of the rapidly evolving site. Wolfe is founder and president of the successful and ground-breaking LGBT video company Wolfe Video.

Wolfe will operate the site alongside two experienced partners: Maria Lynn, who will serve as chief operating officer of the new site and is president of Wolfe Video; and Shannon Wentworth, who will serve as chief technology officer and is the CEO and founding partner of the lesbian travel company Sweet, coming from a background that includes experience at Care2 and PlanetOut  Together, Wolfe, Lynn, and Wentworth are on a course to unite lesbians globally by including and highlighting all current lesbian media, resources, news, entertainment, dating, travel and so much more.  The site’s content will include: postings on upcoming lesbian-themed films; job postings for lesbian-friendly workplaces; a lesbian news roundup; coverage of lesbian-friendly travel; and original writing about the lesbian dating scene.

“We are thrilled to pass the torch to Kathy, Maria, and Shannon. Lesbians all over the world will benefit from the brilliance and creativity these women bring to the work,” Beckwith said. “We’re glad it’s staying in lesbian hands.”

Wolfe agrees, saying of the site: “Our goal is to preserve this URL for future generations as a vibrant hub for lesbian life. Currently, we’re in beta mode to assess this asset and find out what our lesbian visitors want from Lesbian.com,” Wolfe said. “To that end, we encourage visitors to take our survey and tell us more about what they would like to see. We want the site to represent the global lesbian community and bring together the best that we have to offer.”

Presently, the site is showcasing its founding partners’ businesses – two of the most respected lesbian brands: Wolfe Video, known for releasing hundreds of LGBT movies for the past 27 years, and Sweet, a lesbian travel company that combines leisure travel with community service.

Lesbian.com is also proud to partner with One Good Love, a compatibility-based dating site for lesbians and gays. Further, the site is also featuring Kimpton Hotels as its premier advertiser.