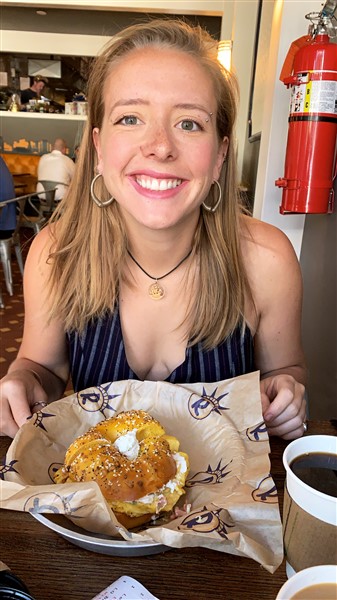 Erica Jamieson, a British writer stateside since 2013. Currently based in Vieques, PR, after the pandemic, grounded global travel plans through Asia and beyond. A lover of all things aquatic, you’ll find her snorkeling the Caribbean reefs when not typing away on a laptop Erica’s portfolio is available HERE.

After over a year of living under the threat of the coronavirus, it finally feels like life for some is creeping back to normalcy. Nearly 60% of New York adult residents have received at least one dose of the vaccine [https://covid19vaccine.health.ny.gov/covid-19-vaccine-tracker]; the announcement that NYC indoor restaurants can seat up to 75% capacity brings the city in line with regulations across the state.

Rick O’Keefe, MD, has had property in Maple Grove since 2005. A 61 year-old family practice doctor working at a university student health center in New York City, Rick spent the entire spring and much of the summer living in Otsego county while his job shifted to be fully remote.

Though the move upstate helped calm some of Rick’s nerves, he remembers feeling paralysed by the fear of COVID-19 during the virus’ early days. “The fear was that I was going to die. We went from knowing that [COVID-19] was around, to the entire city and state shutting down,” he remembered, “You could hear an ambulance every fifteen minutes going by.”

Among colleagues in the medical services field, there were rumours that ventilators were running out, and that rationed resources would be prioritised for patients under 60 years old. One day, Rick received notice that he could be deployed to a Cough and Cold Center or Emergency Room to help treat the rising number of sick, potentially putting himself at risk in a healthcare system without adequate supplies. “That, for me, was scary… that made me feel vulnerable,” he recalled.

Throughout his life, Rick has found ways to manage and move through fear. In his youth, he survived the HIV epidemic, which claimed nearly six in ten lives of the 774,000 people diagnosed with AIDS between 1981 and 2000 in the United States [https://www.cdc.gov/mmwr/preview/mmwrhtml/mm5021a2.htm].

As a young doctor and an out, gay man, Rick experienced the crisis both urgently and personally. After completing the Family Medicine Residency following medical school in 1987, he co-founded the Health Outreach To Teens (HOTT) program with the Community Health Project (now Callen Lorde) in New York. The health initiative uses a mobile medical clinic to serve LGBTQ+ street youth across the city.

This immediacy helped him keep the fear of HIV at bay. Looking back, rather than fear, he remembers what he lost. “I remember going to lots of funerals.

I remember almost every single patient I took care of that died, by name, and when they died, and how they died.

“I remember being in love with somebody, being in a relationship for a year. We broke up and they died like a year later, of AIDS, and I never knew they were HIV positive,” he added.

Nowadays, Rick (who is white and upper middle class) holds the privilege of a close personal community that has been largely unaffected by the coronavirus. Though many more people have contracted COVID-19, it is significantly less deadly than untreated HIV, with the CDC reporting 105 deaths per 100,000 people since January 2020.

Comparing the two, Rick said, “In the late eighties and early nineties, AIDS was everywhere in my life. It was at work, it was in my personal life, it was on the street. Covid is everywhere, but the people in my life are not dying.”

Even so, in April, amid the height of infection and death in New York City, Rick found himself paralysed by fear. With age, he has discovered fear as potential loss of the life he has created – partnerships, a child, networks – and realising he is not ready to give up those relationships.

Nine months on, perhaps akin to his youth, Rick has worked to overcome his fear through action. By engaging with people, committing to his work, and enjoying the present, he has found the key to overcoming fear and the immobilization it brings.

“I don’t want to die of Covid, but I can’t spend my life running away from it. I’m a doctor. It’s what you do, you take care of people, you do the best you can,” he explained, “Or I can hide, and not engage in life, and be afraid of dying. That’s the shift that I’ve made this year.”

“It doesn’t mean that I’m reckless, or that I’m not careful, or thoughtful,” he stressed. Rather, as more information about the virus has emerged, particularly regarding transmission and factors for severe illness, Rick has been able to measure risk, giving him a sense of control and safety amid the chaos.