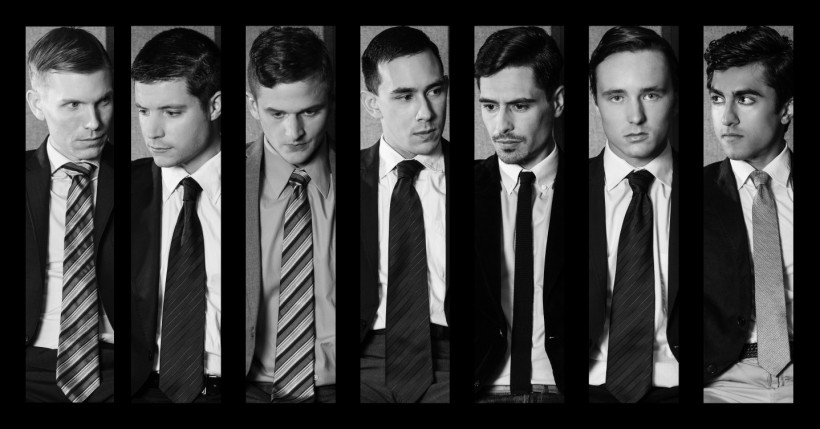 Neo-noir poetry drama “Guys Reading Poems” will debut at the Palm Beach International Film Festival this month during National Poetry Month. The innovative feature film uses poetry as a framing device to tell the story of a creative but troubled family living in a downtown Los Angeles artist’s loft. “Guys Reading Poems” intertwines poetry from 17 writers with its narrative, including selections from LGBT poets like Edna St. Vincent Millay, Thomas Gray and Walt Whitman. Most of the poetry is public domain work from deceased authors but the film also includes two poems from current West Hollywood poet laureate Steven Reigns. “Guys Reading Poems” is a rare feature-length entry into the poetry film genre.

“Guys Reading Poems” is the directorial debut from Hunter Lee Hughes, who says he found the story to be representative of his journey as a gay man using literature and his imagination to solve some of the more challenging problems in life. He says of his approach to the film, “When you grow up as a gay kid, usually it’s in the context of a heterosexual family and there’s not always someone within your family that can help you navigate the discovery of your identity. So gay kids – even more than most – have to reach for literature, movies, poetry and art to help them make sense of the world. In this film, the boy uses poetry to help him understand his difficult challenges and that feels very reflective of my experience as a gay man.”

In addition to Palm Beach International, the film has won the support of Danny Simmons (Producer, HBO’s “Russell Simmons’ Def Poetry Jam”), who will present the film at his Corridor Gallery in New York City later in the Fall. Of the film, Simmons says, “The characters are interesting and well-defined and the storyline is gripping and magical. The crisp cinematography pulled me into every nuance of the story, but the poetry itself was the best of all the film’s commanding qualities. The poems themselves are thoughtful and complex. Words that I wanted to continually contemplate. They carry the production and never let go.”

Before directing “Guys Reading Poems,” Hughes wrote and directed the LGBT internet television series “Dumbass Filmmakers!” and authored two queer plays, “Fate of the Monarchs” (Critic’s Pick, “Backstage West”) and “The Sermons of John Bradley” as well as the gay dark short film “Winner Takes All.” “Guys Reading Poems” was produced by Debbie Vandermeulen, Jason Fracaro and Hughes, with cinematography by Michael Marius Pessah, who won the Outfest “Five in Focus” award for his work in black-and-white on the feature film “Joshua Tree 1951: A Portrait of James Dean,” that explored the bisexuality of the iconic actor.