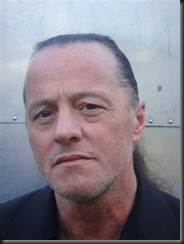 Bruce Brown has been writing graphic novels for eight years now and largely in the vein of all ages books. His work has been featured in the Chicago Tribune, Wired, The Guardian, The Independent and many more. He is largely known for the Howard Lovecraft series which is an all ages version of H.P. Lovecraft.  I am the creator and writer of Gordon the Giraffe; a gay tolerance children’s book. Bruce Brown resides in Springfield, Illinois.

Bruce Brown has written a delightful book that is written in very simple terms but projects a very powerful message about bullying and its potentially harmful and fatal ramifications.  The book is about Gordon the Giraffe, and teaches those reading the book an important lesson in acceptance.

Gordon lives with his mother in the hidden kingdom of Ugladunga.  Every day, the adult giraffes gather on the other side of the waterfall, but the kids meet to play the game Mulunga Doo in pairs: one boy and one girl.  When Gordon is asked to play by Gary, the other young giraffes laugh at them and ask Gordon if he’s a girl.  Hurt, Gordon flees to his mother who tells him that he must follow his heart.  The next day, the boy giraffes plan to teach Gordon a lesson, but their plan backfires, and Gordon must save them from plummeting down the waterfall.  In the end, Gordon teaches the other boy giraffes that they should love everyone – even those who are different from themselves.

Gordon the Giraffe has garnered some positive reviews: 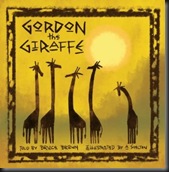 “This book does not shy away from the sweet simple, natural love that grows from within each of us uniquely.

Deftly illustrated in silhouette, suggesting emotion and intent without defaulting to over-sentimentality to deliver poignancy.

An important children’s book for any parent that wishes their child lessons of tolerance and acceptance toward themselves and others.”

This book has a simple but powerful message: being different from the other kids (in this case, young giraffes) can result in bullying but if you keep your heart open, like Gordon does, you can be accepted for your difference.  The story is accompanied by perfect illustrations that put the reader in Africa with traditional patterned borders on each page and the simple silhouette drawings.  Children will learn about discrimination and a generous heart from this tale.

This beautifully illustrated, heartfelt book teaches us that there’s nothing wrong with “being different” and those who are “different” have a great deal to offer.  We highly recommend Gordon The Giraffe for all who want to learn or teach compassion, empathy, and acceptance.  Bravo on an inspiringly exquisite children’s book!

Laurie York and Carmen Goodyear, Co-Directors
Freedom To Marry – The Journey To Justice

“At face value it’s a simple story, but behind it is a world of meaning. Kids will see only the story itself – which is presented in big, easy-to-read print and simple language, accompanied by charming illustrations. Parents will see beyond the story to the real gist.

It’s about having the freedom to choose, to be who we are – or want to be, when we grow up, at any rate. It’s about parents having the courage (not to mention the decency) to respect their kids’ choices and not try to force them into alien roles. And the gentle subtext points out that gay people can be, and have been, among history’s greatest heroes … that bravery is not a specifically heterosexual quality.”