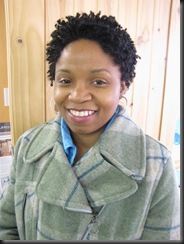 Director Tanyeno Wotorson is building a body of work which centers around the human condition – our ideas of it and who we are as part of it. She was once known for her elaborate theatrical productions as a film student and a mood she injected into her films (even having been dubbed the “Female Edgar Allen Poe” for the same perspective and aesthetic.) After leaving school, Tanyeno took numerous production jobs, collecting experiences to help her as a filmmaker.  She eventually returned to her passion for writing and directing with the film Mask. Tanyeno is presently completing her third short. Glo is a film about stigma, expectations, and perception – and how in the blink of an eye, all of these things can change.

The story begins with two diametrically opposed brothers – the ‘golden boy,’ Simon, and his prodigal brother Leandro. The financially successful, hot New York club owner Simon seems to have it all, while his brother Leandro runs a struggling dive bar in the Midwest, open only out of love for his clientele and staff.

Simon is living every man’s dream, a successful business, a hot, go-go dancer fiancée, when he gets a phone call that changes everything. Rushing to Leandro’s terrain, he becomes captured by the profoundly beautiful and mysterious Ertia.

As Simon’s surroundings change, so does his mien. He goes from a high-end nightclub to his brother’s dive club; a luxurious apartment to a quaint and cozy Midwestern home; and from an anesthetized setting and relationship to so much more in life that he has yet to fully realize.

As the story unfolds, we find out why Leandro is the prodigal son, who Ertia is, and how Simon’s preconceived notions of his brother, and more importantly, his life and those in it, begin to unravel the very substance of Simon’s being. Simon is flawed, and yet he is the ideal catalyst for real emotional change – the audience is led on a tempestuous journey that causes them to see what he sees, feel how he feels, and start to recognize their own feelings about stigma and prejudice in their own lives.

The gay, heterosexual and lesbian characters in the film are people navigating the emotionally and sexually imperfect landscape of their lives. Who will be the real impetus for the change in Simon’s very being?

The director wants the audience to confront the stigmas that they have in their own lives, as well as the subtle or not so-subtle prejudices that they have experienced or projected onto others. It is the hope of the film’s creators will open audience’s minds and their hearts, to see that all may not be what it seems, and yet there is beauty in every story.