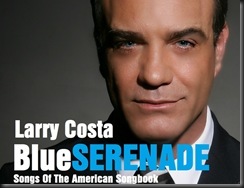 Larry was raised in a very small, rural town in Florida named Homosassa Springs. In his later teen years, he longed for excitement, passion and more opportunity, so he relocated north to the New York Area. A few years later, in his early twenties, Larry became a secret agent. His assignment was to become a confidential informative lounge singer. He was rigorously inculcated on how to extol his voice. His job entailed singing in bars, cabarets and lounges. Not only did he perform for entertainment, but he was employed as a singer to relay code words (which were found in the lyrics of each song) to undercover officials needing top secret information.

He traveled the world putting his life on the line to solve investigations and high profile crimes. One year he was asked to sing at a bar to relay a mysterious message when Elizabeth Taylor’s jewels were stolen.

During his time home, Larry is also an author. He published his first book in 2003 entitled “Massage, Mind, and Body” and his second book, “Reversing the Invisible Person Complex”, was published a few years later.

Larry loves life and rejuvenating circumstances which is why he is drawn to wanting other people to feel adored. He instructs a class at Columbia University for the “Go Ask Alice” mental health program. He has owned a few spas in NYC.

Larry is a chemist. He works onsite making all his own products by hand. As we speak, Larry creates and produces a topical botox from snake venom. He is the first in the United States to execute, use, and infinitively venture forward with this product.

As a man of numerous talents, Larry is also an actor. He recently completed the filming of a television series called “Facejacker” which airs in February on Channel 4 in the UK. Larry has also spent the past few months on Long Island perfecting his role as the “Devil” in the horror movie “Purification” which is set to hit theatres on February 6th. In the past he has been featured with the Oprah Network on a show called “Infidelity” and he will be seen in a documentary on Lady Gaga which will air live at the 2012 Grammy Awards.

The Bill Cunningham Show is broadcast in New York on WPIX- Channel 11 at 1pm. The show recently exposed a segment with Larry, where he sang a few songs. Bill and Larry together received 35,000 emails from fans and Larry was asked to return to the show for a second performance. Larry is passionately attached to music. He has a voice which has been compared to Frank Sinatra and Harry Connick Jr. Currently Larry performs in New York City. Not only is Larry extremely talented, he is a skillful professional of numerous trades with an incredible outlook on life. He views the world in an extremely optimistic way and is always consenting to accept the next challenge with a smile on his face.