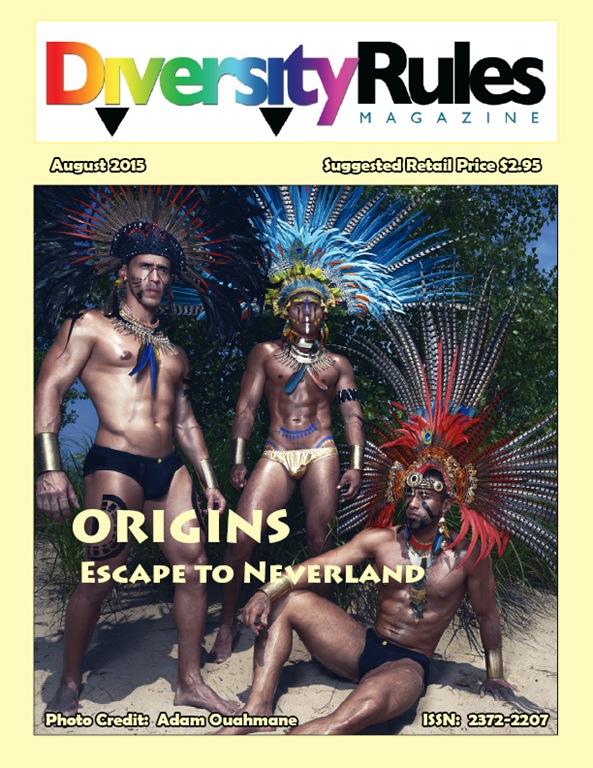 The first Neverland took place July 2012 in Chicago. Billed as a costume ball with circuit music, it was kind of like Halloween in the middle of the summer.   “We were an instant hit with the young crowd,” remembers Neverland’s founder and Creative Director Anthony DiFiore.  “But we needed everyone to come. We wanted to attract guys in their late 30s and 40s.”

In 2013, producers introduced themed events such as “Walt Disney is Dead”, “Japanimation” and “Ratchet Ball”, along with luxuriant production.   At “Walt Disney is Dead”, Brazilian DJ Ana Paula dressed up as Maleficent. For the “Ratchet Ball”, a Michigan graffiti artist painted graffiti on large canvases that hung from the walls of Hydrate Nightclub. During the peak hour performance, fake money poured down like confetti over the crowd.

Neverland parties are known for their elaborate themes and production.  Last year’s Market Days event whisked revelers deep into outer space with superstar DJ Boris at the helm, making his debut appearance at a gay circuit party in Chicago.

“Market Days draws thousands of gay tourists to Boystown in Chicago,” says Neverland’s founder and Creative Director, Anthony DiFiore.  “The challenge for us is to make our Friday night an exceptionally extravagant experience so that it stands out amongst all the weekend’s other events.”  We sat down with him to learn more.

JG:  How will you build upon last years’ Market Days Gravity party?

AD:  Last year we built a metal structure made out of truss and LEDs. This year we are trying something totally different. We’re creating a theatrical jungle set.

JG:  Where did the idea for Origins come from?

AD:  One of Neverland’s co-owners, Martin Luna, is Mexican of Mayan ancestry, and many members of our creative team are Mexican. They’ve been wanting to do a tribal theme that focuses on fashions and costumes of the ancient Mayan and Aztec civilizations, because these societies created things of such profound beauty. It’s our way of helping to immortalize ancient Mayan and Aztec fashions and costumes, by recreating and showcasing these pieces with high-quality construction and artisanship.

JG:  How do Neverland parties compare with the dance festivals that have swept Europe?

AD:  Neverland is a team of artists, so we’re art-focused but also a little edgy and very much American. Look at our Ratchet Ball.  You just wouldn’t see that in one of the big European brands. WE Party did a money theme, but we had our “Bougie Ball” and got real slang and conceptual. Neverland is very young; all the staff are in their 20s and early 30s. We go to parties, we follow current style, we know what’s going on. We don’t want to create anything that people in our age range can’t identify with.

JG:  Neverland is also renowned for its theatrics. What will you be showcasing at Origins?

AD:  We are working on two big performances, one with Shea Coulee and the other with Aurora Sexton. I’ll also point out that since this theme was handpicked by our costume designers, Martin Luna and Raul Red
aggio, they are more dedicated than I’ve ever seen them in creating over-the-top looks for the dancers and performers.

JG:  Will the Neverland go-go dancers be there in all of their wild jungle glory?

AD:  We’ll have seven gogo dancers for Origins: many of them from out of Chicago.

JG:  How can revelers join in on the fun?

AD:  If you want to dress up, great! If not, come dressed however you want! Circuit is the perfect venue for the party, because in addition to being right in Boystown, there’s a huge dance floor for guys that want to dance and private booths and spaces where people can have drinks and watch the shows on stage.

JG:  DJs Isaac Escalante and Alain Jackinsky will headline this year’s party together.

AD:  I saw Isaac Escalante and Alain Jackinsky spin together at Winter Party in Miami. They produced some of the best music of the weekend. Since both are friends of ours and have spun for Neverland individually, I asked them right after the set if they’d be willing to spin together for us at Market Days. Anyone who attended that magical night in Miami will be counting down the days!

JG:  August 7th is right around the corner.  What’s left to do to make this party a spectacle?

AD:  Not much, just work our asses off!

JG:  Are these parties a labor of love for you?

AD:  The best part about Neverland is that I only bring in people who are the very best at what they do. It’s why you look at our alumni and you see famous names like Alexander Knox (Project Runway), Trixie Mattel, Pearl, and Gia Gunn. I only work with people who are driven and brilliant. When you get a team of passionate people with a united goal, you can do anything. In our case, it’s getting a bunch of artists to design a fun dance party. Not brain surgery, but you’d be surprised how much work it takes!

JG:  Is there pressure to one-up yourself from Pride?

AD:  I think of it as more of an exciting challenge. I see today, but I also have my eyes on Neverland in five to ten years from now. I see the potential for what we can become, and there will never come a point when I say, “I can’t top that.”