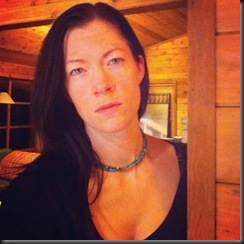 Until recently, I believed the health books my mother, the nurse, showed me when I was eight, the ones with the “boy parts” drawn on the figure labeled “boy” and the corresponding girl illustration. That’s just the way it was. It never occurred to me that there might be another way to see gender.

I grew up with “girl parts” but inside my head, where the parts were all the same, boy or girl, I knew which one I was. When I was potty-trained, I exasperated my parents, insisting on standing instead of sitting, mess notwithstanding. I ignored the doll I was given and stole my brother’s cars and trucks, blissfully making tunnels and roads in the sandbox for them. While the other girls played house and ponies at recess, I played goalie during soccer games that often ended with bruises and blood, my heart pounding with exhilaration.

When I left home at sixteen to find a safe place, what I found instead was a world that pounded me into conformity. I was pregnant before the year was out and it would be another twenty years before I found the place in my mind that still wanted answers. I knew by then whatever else I might be, I was certainly gay and while there was a tremendous joy in that discovery, there were still pieces that didn’t fit perfectly.

In my daily life as a nanny, an occupation that arose from having spent the years I’d planned on being in college instead being a mother, the caregiving role sometimes felt like a heavy weight, pressing me into a narrow definition that didn’t fit. To find balance, I began to build when work was done. Piles of fresh-cut lumber, the buzz of the saw and the reassuring absolutes of measures and angles gave me fuel that held me during bottle-feedings and diaper changes. When I stood beside a crib, endlessly rocking, I was building in my mind, planning the next project.

When a toddler in my care one day addressed me as Mr. Kristen, something fit into place. I felt my face shaping the kind of smile that comes at the completion of one of my building projects. I didn’t correct him. In the strange way the universe sometimes operates, it was only a matter of weeks before the first transgendered person I’d ever known came into my life and I became suddenly aware of a different world than was drawn in my mother’s health books. Yes, you can have breasts and a vagina and be a man. And tomorrow, if you feel like it, you can be a woman again.

I did not go out and immediately buzz off my long hair, discard all my skirts and buy a suit and tie. I did steal my brother’s old felt hat that had once been our grandfather’s. When I put the hat on my head, it was like looking out at the world through new eyes. I saw my body moving in the way I’d been trained in modeling classes as a teenager, a thrusting presentation of hips and breasts. I allowed my steps become longer, my feet moving into a smoother rhythm that was about simply going forward. I gave the hat back, but the awareness remained.

Gender is not a body; gender is a mind and a choice.  I may need to go buy my own Fedora.