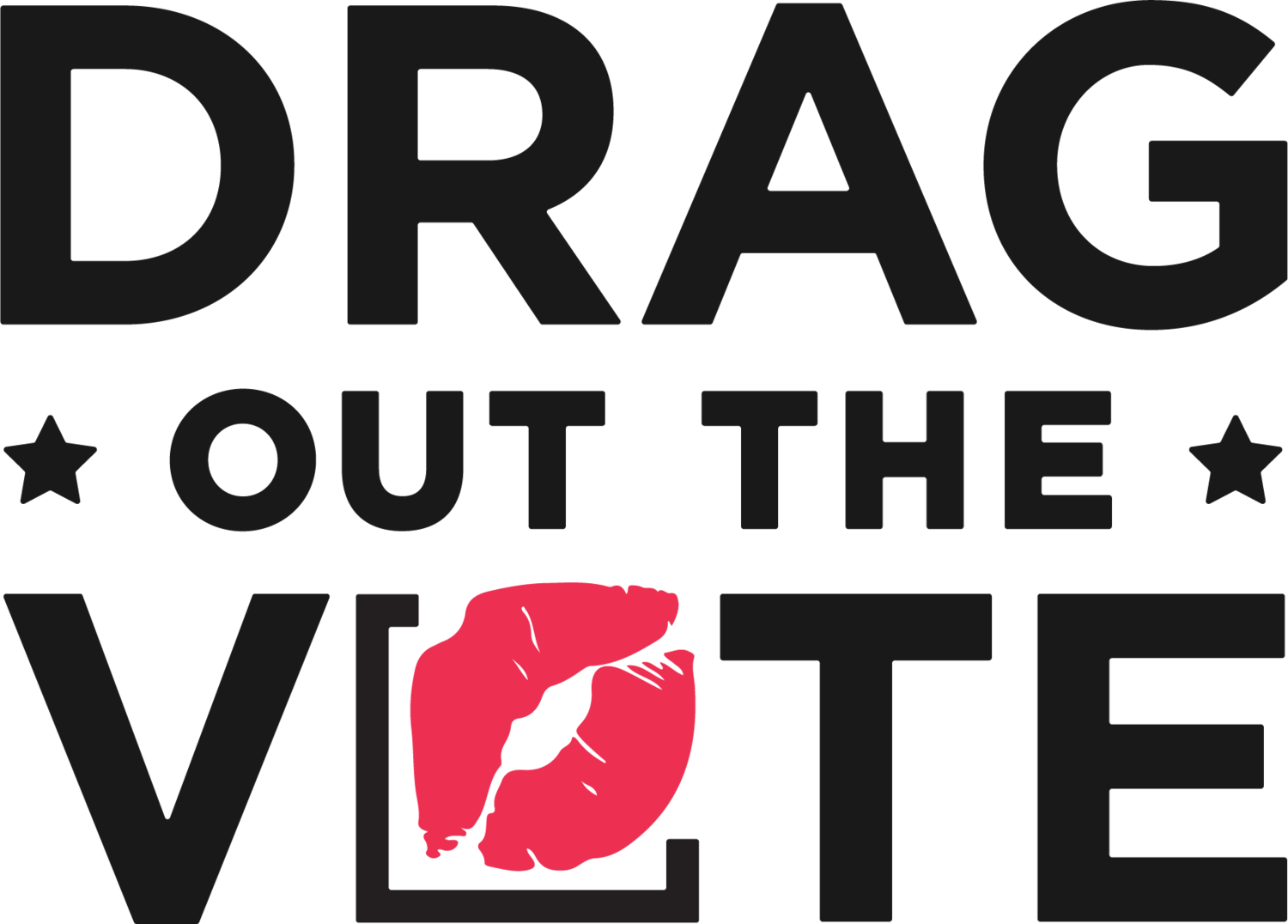 Drag Out The Vote™ is a nonpartisan, nonprofit organization that works with drag performers to promote participation in democracy. They educate and register voters at drag events online and offline, by organizing local and national voter activations. Led by fierce drag kings and queens across the nation, they advocate for increased voter access and engagement in 2020 and beyond.

Drag Out the Vote, a national nonpartisan organization has launched its Drag Ambassador Program, a first-of-its-kind initiative to mobilize drag artists across America to increase voter participation in their communities this November.

One in five LGBTQ+ people are not registered to vote, and election cycle after election cycle, youth turnout continues to be a challenge. The power of these two groups, specifically, is one that has the potential to change the future of our country for trans rights, queer workplace protections, access to lifesaving HIV/AIDS prevention and treatment, and gender-affirming healthcare, and more. These issues, and so many others, matter to the audiences of drag performers, be them television stars or local nightclub legends.

Since the sixties, drag has blended art and activism. Drag queens ignited the Stonewall uprising in 1969. The Sisters of Perpetual Indulgence organized and educated the queer community during the HIV/AIDS crisis of the 80s. On stage and online, drag performers have commanded attention, spoken their minds, and challenged the world’s perceptions of gender. Now they are uniting to increase voter turnout.

The idea for Drag Out The Vote came about when Jackie Huba learned 100 million people did not vote in the 2016 election. Inspired in part by RuPaul’s Drag Race Star Phi Phi O’Hara’s “Queens United” fundraiser for Hurricane Maria relief, she founded Drag Out The Vote by aligning with some of the most recognized and respected drag performers and civic engagement organizations in the country.

Drag artists are uniquely positioned to use their platform to rally their communities to action,” she says. “As part of the Drag Ambassador program, Drag Out The Vote will be providing drag artists with the tools and training they need to register – voters and make their voices heard.”

National partners for the Drag Ambassador Program include Planned Parenthood, LGBTQ Victory Institute, and the Lawyers Committee for Civil Rights Under Law.

Applications for the Drag Ambassador program are open now on the Drag Out the Vote website. To learn more, visit https://www.dragoutthevote2020.org.