RESCHEDULED TO MARCH 5:  James Schwartz
Author of “The Literary Party:  Growing Up Gay and Amish in America”
© 2014 Diversity Rules Magazine.  All Rights Reserved.

Diversity Rules Magazine on the Air celebrates the diversity of our humanity. Diversity Rules recognizes that the diversity of a society is its greatest asset and all of humanity benefits by celebrating that diversity among us. It will be an uplifting experience and discussion of issues of diversity and spiritual destiny. The show will prod you to think outside the realm of what is normal and conventional. You may also hear some things that will rile the soul but just sit back, relax and take in what you want and leave the rest. 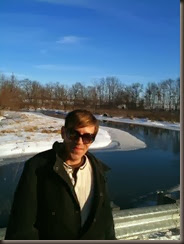 Coming up on the show on MARCH 5th (rescheduled from February 19th), is James Schwartz.  He is the author of “The Literary Party:  Growing Up Gay and Amish in America.”  James offers a provocative and eye-opening account of what it was like growing up gay and Amish. James will also be reading some poems from the book.  You do not want to miss this show.

Listen to the show LIVE

Advertise on the Show!

Advertising Opportunities are also available.  $50 for four 30 second ad spots – one run per show each month.  Contact the editor for more information at:

Support the Expansion of Diversity Rules Magazine on the Air

You can help to expand Diversity Rules’ broadcast presence by contributing to the Indiegogo campaign now underway!