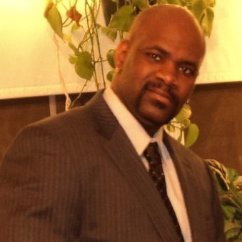 Tarringo T. Vaughan always believed he had a love affair with literature. One of the first pictures he saw of himself was of him at maybe the age of three or four year’s old sitting with a book in his hand. But for Tarringo, growing up in the depths of the inner city both in Boston, MA and Springfield, MA made him believe that expression through the literary voice was un-cool and unattainable. As a very quiet and shy child he learned it became very valuable in his self expression. Born in 1976, Tarringo was the first child, grandchild and nephew in a family that had grown accustomed to struggle. His mother was a teenager who quickly lost the support of my father who today he knows very little of. These aspects of his life triggered the inspiration of his pen.

It was just me, warm beer, the phone and a clock as I sat there in the dark spotlights of loneliness. A Friday night and I was sitting alone staring off into the past wondering if I said the wrong thing or maybe it was something I didn’t say. The beginning years of my thirties led me to this new discovery of confidence. Maybe it was being in better shape or a deeper self-awareness but I believed in what I represented and that I had something great to offer to that someone out there. In my middle to late twenties I lacked that confidence and it chased a few good men away because they believed if you couldn’t love yourself how can you love someone else and I knew they were right. And the more and more I experienced the gay world, I realized how much of that self love was missing; not just inside my own soul but others out there. Many of us are so often rejected by the world out there that we come to expect it in some cases want to do the rejecting to save ourselves the time. And as I sipped my beer watching the phone refuse to ring, I started wondering what I did to get blown off and suddenly I was back in that phrase of no confidence having a conversation with time asking questions that had no known answer.

I met him on a Saturday night in a dance club in Hartford. My friends were the outgoing ones as they were older, confident and experienced. I was use to them getting all the attention although they claimed I got plenty. But I didn’t see it because I was lost inside a self-image that refused to showcase my attractions. As the music played I watched everyone around me sell themselves freely and I stood there in the corner trying not to be seen but he saw me and I looked back. His body language waved at me and my eyes shyly waved back. He was manly, handsome with a shine of intelligence to him and when he finally came over our smiles clicked and we were strangers who seemed to know each other forever. It was unexpected but that early-thirty confidence flourished out of me asking for his number and a time to hangout away from the noisy smoke of the dance floor and away from my friends cheering me on from every corner of the bar. I felt good about the situation because for the first time I took the imitative and I was the aggressor and a phone call later in that week confirmed a date on a Friday night.

He said he couldn’t wait to see me because I was everything he looked for in a man. And I smiled as I put on my polo shirt and sprayed a little bit too much cologne thinking about how I felt when he said those words just a few hours before; a call that ended with him saying he would call around 6:30 before he left. By 6:45 I figured he had lost directions and it gave me time to change into a different pair of jeans. The fragrance of the night seemed just right but by 7:00 I called his phone and no answer. So I sat with a little bit of worry and a whole lot of wonder. Things do happen I told myself but things don’t just happen when someone is two hours late and at 8:30 I figured I experienced being stood up for the first time. It was after my second beer that I stopped wondering what I did wrong and recognized that it was him. It was his fear, his insecurity and his loss but I still looked up at a slowly clicking clock asking time what could’ve happened. But the clock just kept ticking, fading into new hours of disappointment but a new moment of discovery called a learning experience.