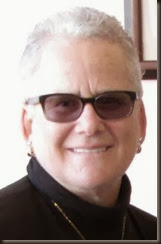 Diversity Rules Magazine on the Air welcomes Donna Mae DePola as its guest on Wednesday, March 12th.  Donna Mae was abused at the hands of her father as a child, and she found out later in life that the abuse was filmed. She wrote a book entitled, “The Twelve Tins,” that chronicles her experience and her struggle to overcome her substance abuse due to her childhood experience.

Listen to the show LIVE

Advertise on the Show!

Advertising Opportunities are also available.  $50 for four 30 second ad spots – one run per show each month.  Contact the editor for more information at: