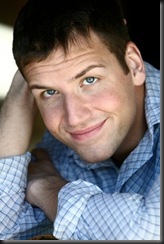 Diversity Rules Magazine is excited to announce that Tom D’Angora will be the feature cover interview in the May issue.

He is a 2010 Drama Desk Award Nominee.  Tom starred in the highly controversial 2001 production of Naked Boys Singing in Provincetown, only to later produce and direct it.  Naked Boys Singing!, ran off Broadway for thirteen years before closing but is now back – bigger and better than ever! New staging, new boys, same costumes. Naked Boys Singing! re-opened on April 5th at Theatre Row’s Kirk Theatre.

Tom D’Angora and his husband Michael have been producing and directing the Provincetown production of Naked Boys Singing since 2007 and are excited to be bringing that production, with a few more bells and whistles, to New York.