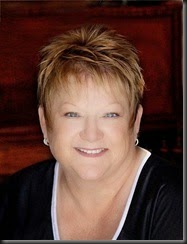 Kim Pearson was a featured guest interviewee years ago and very happy to bring her back to see what she’s been up to since she last appeared on the cover of Diversity Rules Magazine!

Kim is the Training Director/Co-Founder of TransYouth Family Allies (TYFA) and National Board President of PFLAG-TNET. She first directed her energy into GLBT support, advocacy and education as the founder and president of her local PFLAG Chapter when the youngest of her three children came out as lesbian in 2005. Eighteen months later she found herself facilitating that same child’s transition to living life as a young man. Fueled by her passion for ensuring respect and equal rights for children like hers she co-founded TYFA, the first and only national organization that supports, educates and advocates exclusively for gender variant and transgender children. In its short history TYFA has provided support to over 100 families, and training to hundreds of GLBT organizations, service professionals and government officials all over the United States. TYFA and their families have been featured on several local/national radio programs, national/regional television and numerous print articles.