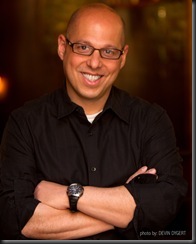 JC is a graduate of New York University film school. During his early days in the entertainment industry, he started his career producing and directing music videos for Mtv.

He gained valuable production experience on such films as The Fisher King and Star Trek V: The Final Frontier before joining Cruise/Wagner Productions as Head of Production and as Associate Producer on the film, Mission: Impossible.

JC produced the independent films Slaughter Cove, Dead in the Water,Vince Neil’s Rocktails, Girls, Girls, Girls and Coming Out, as well as a concert series for Jessica Simpson and Macy Gray.

He produced the reality TV series The Hydra Executives – an English-speaking spin-off of The Apprentice shot entirely in the Middle East – for Infinity Broadcasting UAE in Dubai. In addition, he has produced and directed hundreds of hours of reality television in the United States for E!,G4, NBC, HGTV and other networks.

The hit romantic comedy Is It Just Me? was his first feature film as producer, writer and director. It was an official selection of over 50 international film festivals and won several awards and honors, including audience choice and best picture.

JC directs and produces the popular web series, Steam Room Stories, which he also created. It is viewed around the world on its own YouTube channel and on the GWIST network. Steam Room Stories soon will be a music video as a compliment it’s new song “the steam room stories song” currently available on iTunes.

In May 2012 Cinema175 released JC’s second feature film, eCupid. It became an overnight best seller in the LGBTQ market. eCupid was an official selection of over 60 film festivals worldwide and won four best picture and audience choice awards. With the popularity of eCUPID as a movie, JC turned the eCUPID concept into a companion app for the film. The app features Morgan Fairchild’s voice and is a top free app on iTunes

JC is currently in pre-production on his third feature film, The 10 Year Plan. Cameras roll in August 2013.

Make sure you don’t miss all the great articles and information coming up in the July issue. You best subscribe NOW. Queer Pride Month Special: Subscribe during the month of June and get 15 issues for the price of 12 PLUS a digital subscription for yourself AND a friend — 2 for the price of one. Subscribe online at: