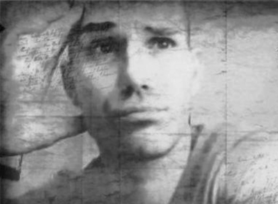 Diversity Rules Magazine welcomes Casey Giovinco as its featured guest interview for January 2016. Casey is a certified consulting hypnotist with the National Guild of Hypnotists (NGH). Prior to starting his hypnosis practice, he worked as a life coach and then as a personal trainer for 10 years.

Casey has another calling as well. He is a gay witch. As he progressed in his study of witchcraft he realized that gay men were not only accepted but lovingly embraced by Wicca. Witchcraft has given him the mental and emotional strength to handle whatever this world throws at him.

Casey was born and raised in Pennsylvania between Philadelphia and Reading.  While his family was extremely accepting of his being gay, the rest of the community he grew up in was not.  He was bullied starting in the 5th grade, and it got so bad that by 8th grade he had to transfer to a small private school in another town.   It wasn’t until 8th grade when he was in a new private school that the bullying got better.  By the time he graduated high school, he was one of the most popular kids in his class.

Casey’s story is a compelling one and is one you do not want to miss.  Stay tuned!