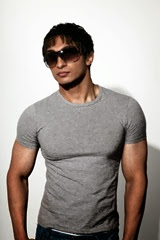 Badar is an actor/filmmaker living and working in Atlanta. Though born in Pakistan, Badar lived and grew up in the United Arab Emirates in Abu Dhabi where as a child he showed interest in the arts and performing.

He recently made his big screen debut in the blockbuster hit Identity Thief as the Cell Phone Salesman to Melissa McCarthy. A film graduate from Savannah College of Art and Design, Badar wrote and directed his first short film, Maya’s 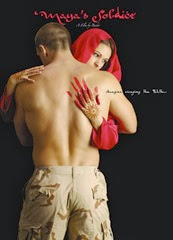 Soldier, which won first place prize at the Decatur Film Festival. In addition to having worked at GCPS TV, he also participated on various independent short and feature films. His current aspirations include to write/direct a new film and enter Cannes, and perfecting his craft as an actor. Badar continues to work in the various fields of film and television, taking every opportunity that comes his way.

Badar’s feature is Diversity Rules’ first foray into the exploration of diversity in a general sense.  Diversity Rules Magazine will explore Badar’s experiences as an actor and director and the challenges he faced as a Pakastaki born individual in the United States pursuing a film and acting career.  Badar’s feature should prove to be an interesting and enlightening story of overcoming challenges to pursue one’s dreams and aspirations.